Looking for a taxi at the airport on Monday, another backpacker approached me and asked whether I’d be up for sharing a taxi. I certainly was and on the way into town I learned that my newly found companion had already spent time in Yangon in the past. Perfect – local advice!

Today we met up for a little tour around downtown and Yangon looks a fair bit like other Southeast Asian cities. The script is different and the men wear long skirts, but apart from that I wouldn’t be able to tell at first glance whether I’m in Myanmar or Thailand. 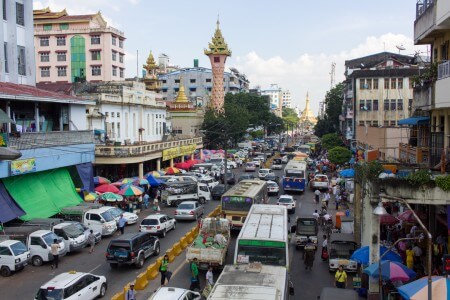 That being said, the difference becomes apparent after a few minutes of walking in the streets: Nobody hassles me with products or services on offer. No “hello sir tuk-tuk”, no “cheap price for you sir” – it’s refreshingly different. 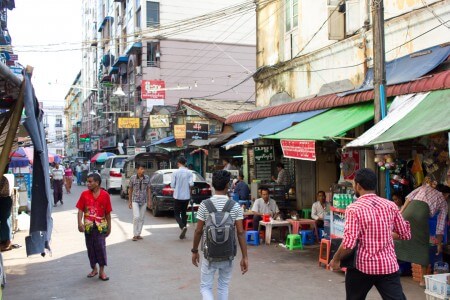 In the evening I met up with a couchsurfer who’s been in the country for three months, working for an NGO. We went for a stroll around a different part of town, sampling some food along the way. 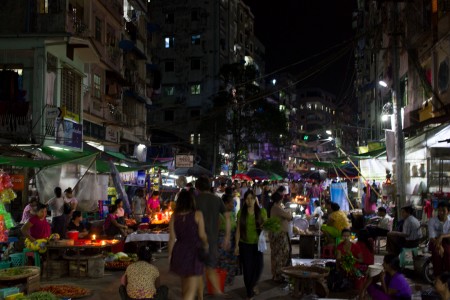 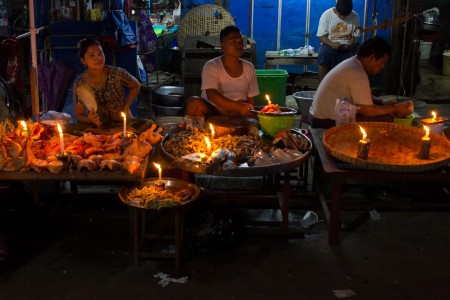 For the way home I took a local bus (200 Kyat / 0.15€ per ride). People on board were a bit surprised to see me but took really good care of me. Asking where I was going and telling me which stop to get off at. 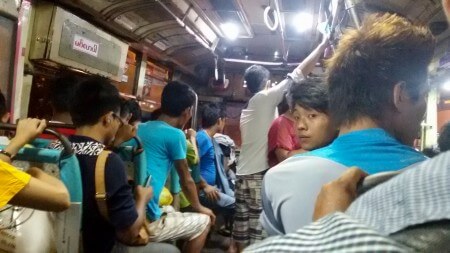 Judging by some old writing inside, the bus had plowed the streets of Japan a few decades ago. Japan drives on the other side of the road and hence the doors were on the wrong side as well. But no worries, they just welded a sheet of steel over the lower part of the doors on the wrong side and cut out new ones on the right side instead.