It doesn’t get boring around here. The chariot had done it’s duty as a mobile temple/altar and was to be moved to its next destination. 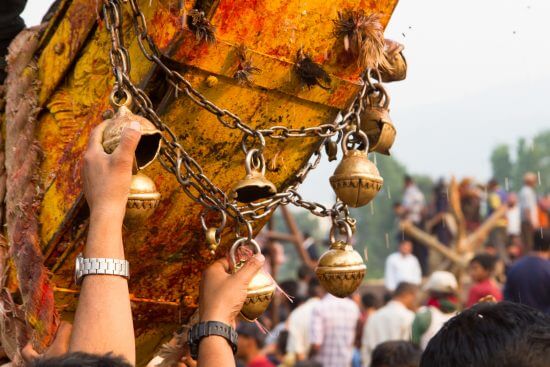 As per usual, young and old had gathered plentifully and awaited the things to come. 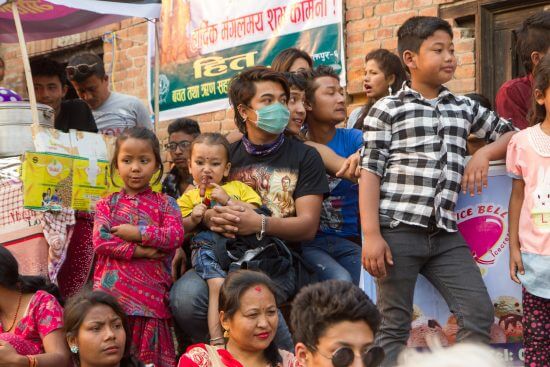 Today they were to pull on the chariot in one direction only, but that direction was uphill and hence the task was none the easier. 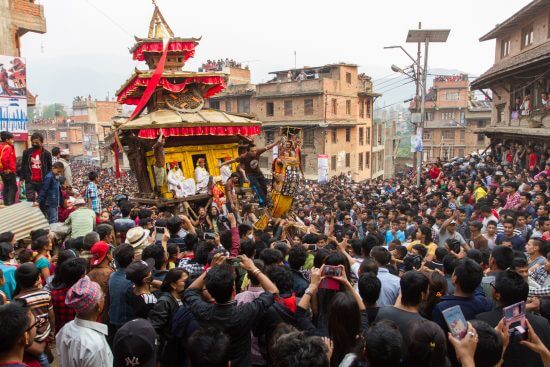 They got stuck at one point and despite the more than a hundred youngster tearing at the ropes, the rolling menace to public safety was going nowhere. 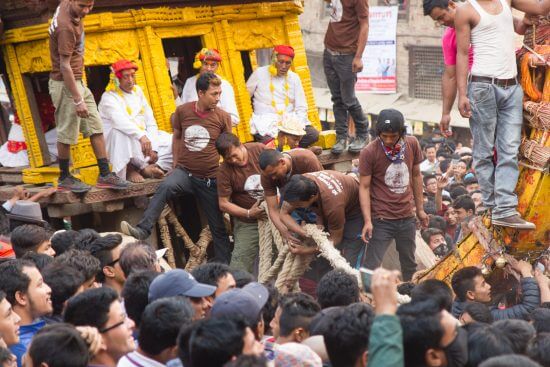 More ropes had to be fastened and, as it’s commonly the case, the clergy was sitting on their lazy arses, while the masses broke a sweat. 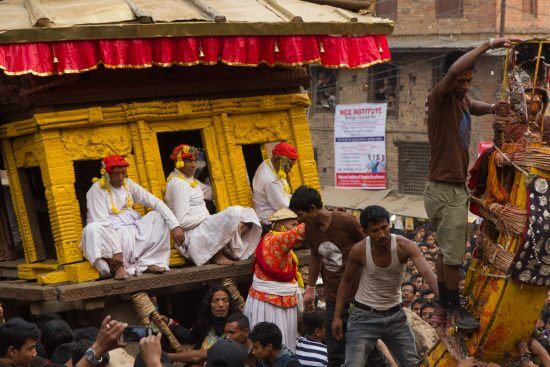 This whole Bisket Jatra thing is mental, but highly entertaining.