Happy Nepali New Year, everybody! Around here, the first day of the new year is not greeted by littered streets and hungover masses. Instead, people flock to the holy places to bring offerings.

I joined my guest family on their visit to the chariot, where they wanted to offer rice, fruits and a chicken. The latter had been sitting around the house since yesterday and the other volunteer and I simply referred to it as “tomorrow’s dinner” or just “tomorrow”. 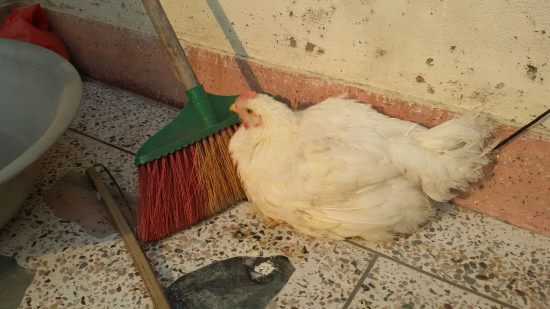 The way to the place where the chariot is currently parked was filled with locals, most of them carrying a plate with offerings and a chicken. 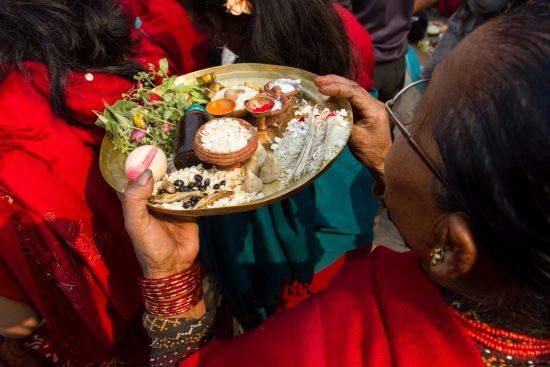 Many people went towards the chariot and held their plates up for some young boys to grab them and put the contents onto the vehicle. Others flocked around certain spots in the vicinity and brought their offerings there. 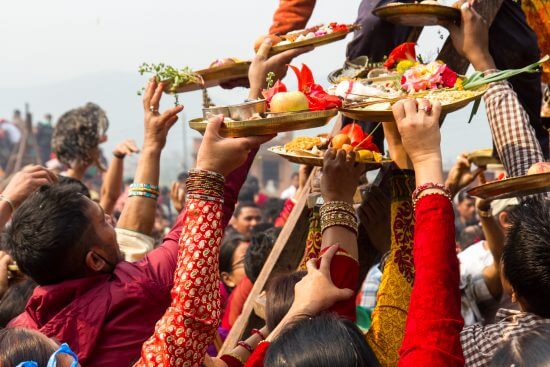 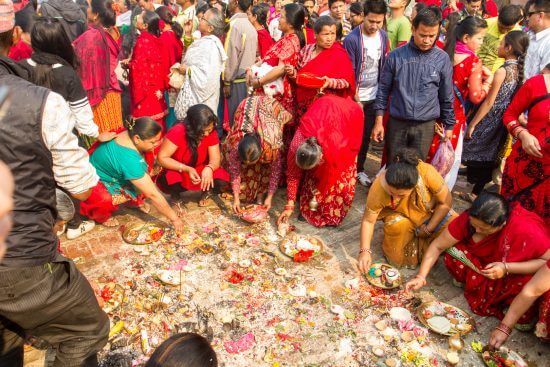 As aforementioned, chicken did play quite a big part in the ceremony. Most of them were handed to the “official sacrificers” who were standing on the chariot and finished off the poultry one after another. 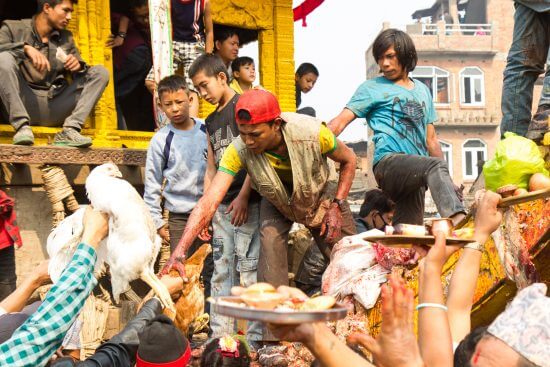 Some of the chicken were killed in the spots surrounding the chariot and the ground there was filled with rice, fruit, blood, flowers, chicken heads, wicks and whatelse. 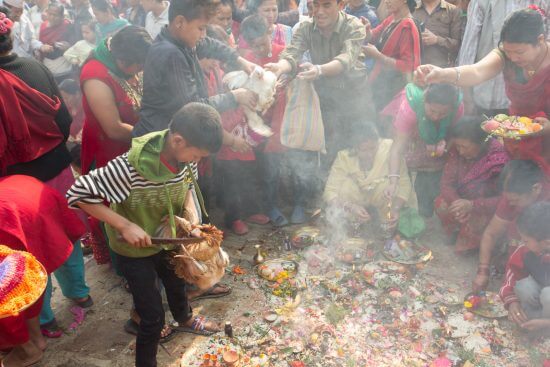 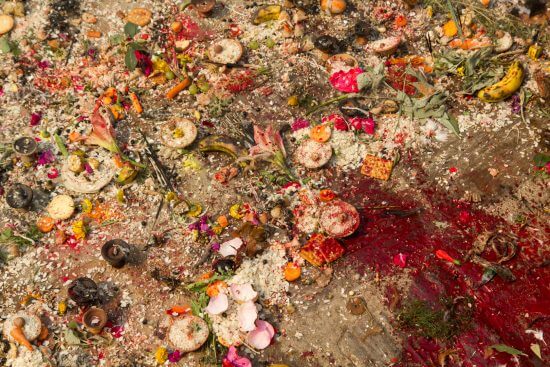 The atmosphere was intense but relaxed. The whole new year thing around here is certainly more interesting than the “get hammered, light fireworks, have a hangover” routine in my home country.