In the middle of the night I woke up to the sound of thunder and rain hammering on tin roofs. From my room on the 7th floor I got a good view over the city and the lightning-lit sky. It was still raining when I woke up in the morning and it didn’t look like it was going to clear up any time soon.

What better to do on a rainy day than getting a massage. Just in this non-touristy town it is actually hard to find a proper place. There is one across the street but it’s a small shop and they were busy when I dropped by.

Not ready to give up I asked the reception staff about alternatives and they told me to go to the street along a nearby hotel. A lot of massage places there, I was told. And indeed there was a lot of massage places. Only the whole street looked incredibly dodgy and filthy and on some signs the word ‘massage’ was decorated with little hearts. Looked a bit too much like ‘massage with happy ending’ to me.

When the weather cleared up in the afternoon, things started to look brighter. I grabbed my camera and went to see the oldest and biggest temple in the region. 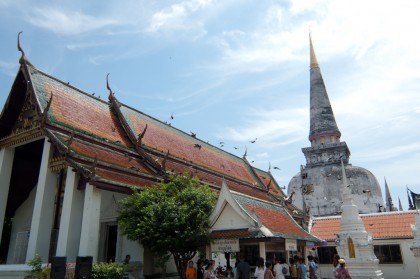 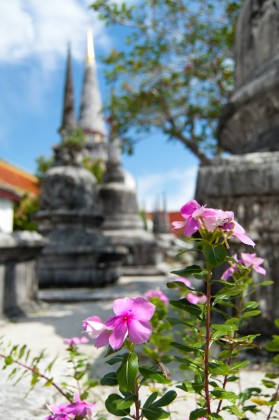 For an atheist I’m spending a lot of time in these religious places but I really like the Buddhist temples here. They are quiet, clean, usually a bit cooler than the outside and if the temple is big enough, there is always some vendors selling water and food. 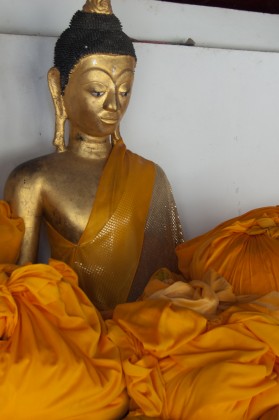 Now who’s supposed to do the laundry here?

One of the big temple buildings was locked but when I stood outside, a local approached me. Apparently some Russian tv team was about to go inside and he told me I could come along. Sure, da, spasiba. Inside was one big Buddha and the local guy told me it was built during the Sukothai era (which would make it pretty darn old). 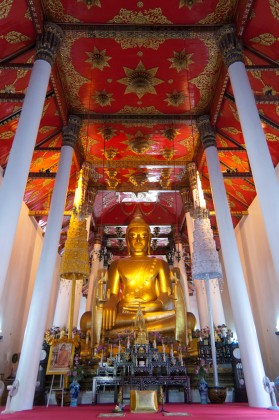 Evenings in town have been rather boring. Being the only farang around it’s hard to meet people. Thus yesterday I went and did what the Thais do. Watch the English premier league and drink Thai beer. Might have to do that again today