Biggest lake in the Balkans, half an hour from Podgorica and apparently a must-see. How does one get there? “Take the train!” said the hostel staff. I enquired about buses but was told that they’re more expensive and less reliable. Oh well… train it is.

And what a train it was! Clean, modern, could have cruised the rails of Germany. My opinion on train travel in the Balkans got a bit better.

At the lake it was a 10-15 minute walk from the station to the village centre (across the train tracks, through the shrubs and there you are).

The recommendation I got for experiencing the lake was to go kayaking. It’s reasonably cheap with just 3 Euros per hour and I was in need for some exercise.

Twenty minutes of paddling later and I’m still in some form of canal, on my way to the actual lake. It did look beautiful. 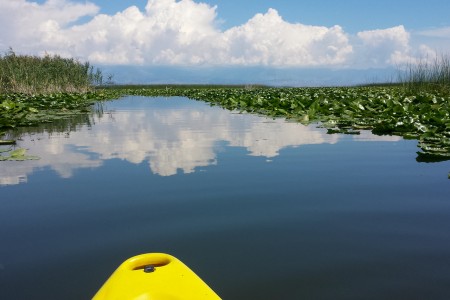 Once I had reached the open lake, it was a fair bit to the next landing point. Almost an hour into the journey my arms are falling apart and I’m grumpily scanning the coast for a place to come ashore. 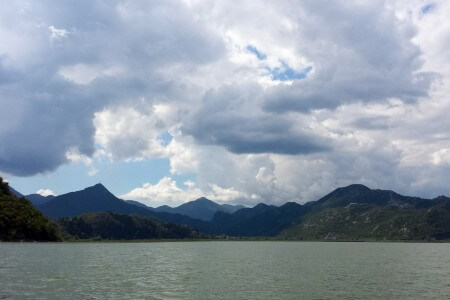 It finally arrives and I spent a relaxed half an hour with eating, re-hydrating and taking some pictures. 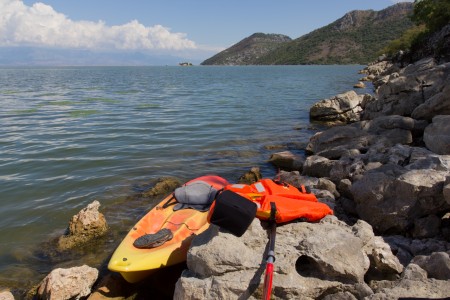 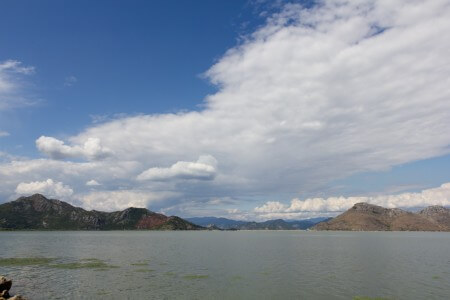 The way back is a little easier, thanks to wind from the back, but after 2.5 hours of paddling in the mid-day sun, I’m pretty much done for.

I spent some time with a look around the village and a nearby castle and decided to have dinner before getting on the train back to Podgorica. 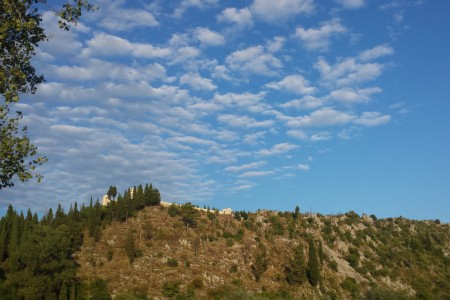 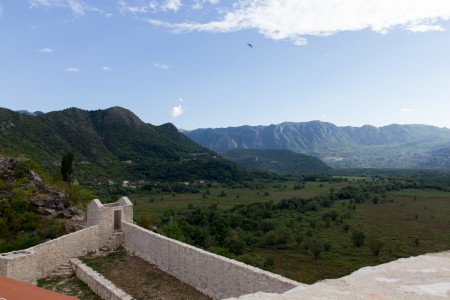 The dinner is number one contender for blandest food on the Balkans and I don’t stick around for much longer. Or so I thought. Thanks to a train breaking down on the tracks, I have to wait for another 1.5 hours at the station. Ah, the joy of train travel. 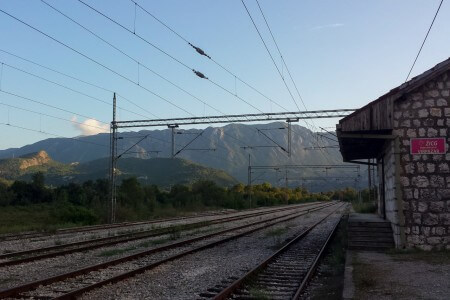