The train route from Belgrade to Bar is said to be one of the most scenic in Europe. I might have mentioned that before actually.

The claims are justified. When the train crouches through the Dinaric Alps, cliffs on one side, a kilometre deep drop on the other, the views are absolutely stunning. The mobile phone camera doesn’t really do it just, but it might get the idea across. 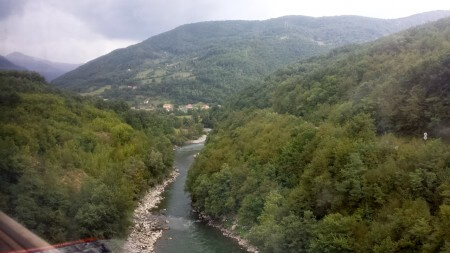 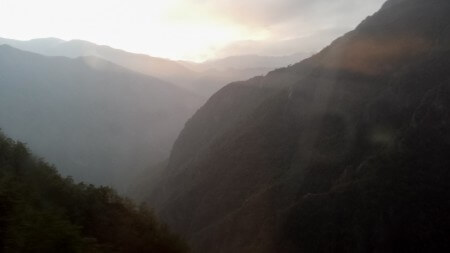 The major downside of that trip is the train itself. 30-40 year old rolling stock I don’t mind. But the other passengers were among the most inconsiderate people I ever encountered. All the time somebody was smoking in the entrance area, which resulted in the whole train having the air of a smokers pub (minus the beer smell).

Anyway, arrived in Podgorica in the evening, hostel is close to the station and ok-ish. Not sure yet where I’ll go next, but I think I’ll give the buses a try.