The Bahai gardens in Haifa are considered the must-see in the city. Off-limits to the general public, except on guided tours, one has only one opportunity per day to get in and see them up close. The English language tour starts at noon and I had a lazy morning with coffee, breakfast and a little more coffee. 12 Shekels! 12! I paid 2 in Ramallah!

The gardens certainly are nice, although I wouldn’t travel all the way to Haifa just to see them. They are only gardens, albeit nice ones. 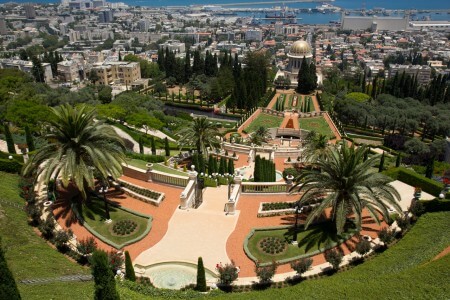 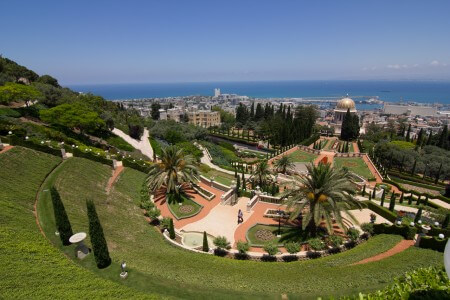 After the tour I got on the local bus, following information from the tourist centre, and travelled up north to Akko. It is an old Arabic port town and is said to have a beautiful old city.

While the old city isn’t too bad, it certainly suffers from tourism. That’s a personal objection of mine though, just can’t stand places where all the infrastructure is aimed at tourists (and thus overpriced and mediocre). In addition, most buildings have lots of air-con units and electric/phone wirings. Just ruins the picture. 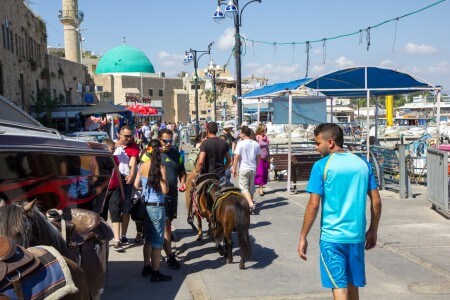 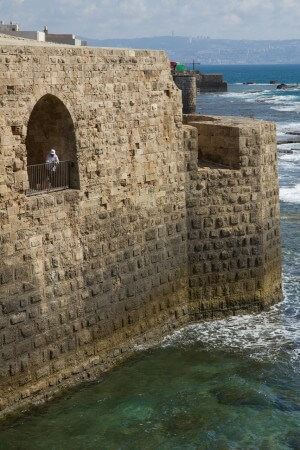 In some random side street I saw a couple of old guys sitting on plastic chairs, drinking coffee and speaking Arabic. Yes! I joined them and happily sipped at the cardamom flavoured hot beverage. Not three minutes later a guy about my age sat next to me and started the usual talk (where you from, where you go, have wife and kids?). He was a bit weird, but I had good fun lecturing him on how drinking alcohol makes him a bad Muslim. One has to enjoy the small things in life.

The place didn’t do much for me though and in the late afternoon I went to the train station to catch a ride back to Haifa. Some of the trains use them same double-decker cars as the German “Regionalexpress”.

Spent the evening preparing for my departure. Disposing of everything with Arabic language on it (flyers, bus tickets), deleting pictures from the occupied territories from the memory cards and preparing the phone for ‘inspection’.

With my AirBnb host I had another interesting discussion about Israel. He is a Russian immigrant, his flat is decorated with posters of Pink Floyd, Martin Luther King and Led Zeppelin and he considers himself politically left.

In his opinion, most Israelis don’t have a clue about what is going on in the occupied territories. And they don’t care much about not having a clue. Funny, I think similarly about Germany. Anyway, he also pointed out that Israel as a population acts out of fear and compared it to a human being with post-traumatic stress disorder. Just as that person, Israel would need a therapy.

The recent elections in Israel have seen a shift to the right, which for the future predicts more military (as if the streets weren’t full of it already) and more trouble for immigrants and Palestinians. I asked him what would be good for Israel politically and his suggestion was a left wing candidate with a strong military experience. Somebody who has common sense but also the experience that is needed for the population to have trust in.