Tuesday was supposed to be my lazy day. I had extended my 3-night stay in Ramallah to a 5-day one and wanted to spend my last day with doing nothing besides some writing and drinking coffee.

Fellow traveller Nigel got in the way though. He’s working as a journalist and mentioned that he’d join an anthropology student to interview a farmer who’s land is about to be taken away.

His initial invitation I tiredly refused. However came mid-day, my curiosity got the better of me and I told him I’d join him for the trip. Plus Bethlehem is less than an hour away.

Our local contact ran late and so we went on the tourist trail instead. First stop: church of nativity. It’s built on the site were baby Jesus was born. It’s a tourist drag but the locals don’t get much from it as most tours are organised by companies in Jerusalem. 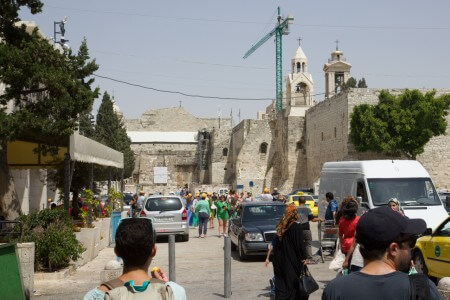 Not having had a religious upbringing, the whole of Bethlehem didn’t have any spiritual appeal for me. It was more of a “let’s have a look around”.

One thing to have a look at in Bethlehem (or the whole West Bank for that matter) are works by graffiti artist Banksy. He coloured some sections of the separation wall in 2005 (I think). There’s even a Banksy shop (bit overpriced) and the whole wall shows art – and more. 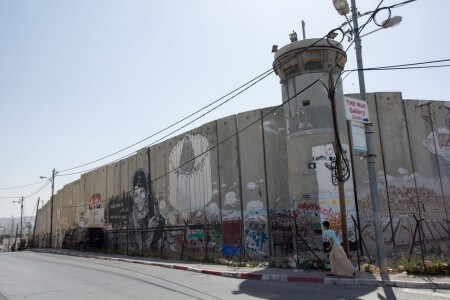 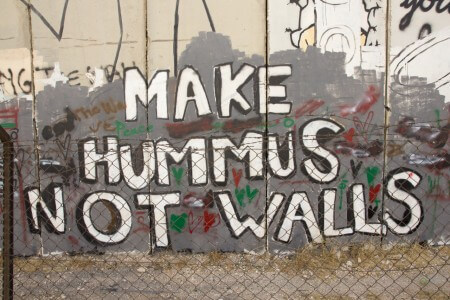 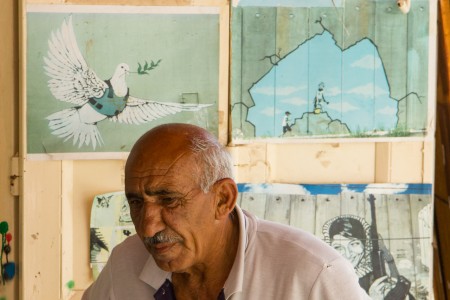 It was late in the afternoon and by the time the local farmer contact finally showed up, I was aching for a couch and a coffee. Thus I split from the group and walked down a random side alley to fulfil the latter of my desires.

One of the locals invited me into his coffee shop for a cup of hot beverage. Coffee shop is a bit much to say though, just some plastic chairs in front of the house. Coffee was good though.

Next to me sat two Danish girls who were also on a day-trip from Ramallah. One of them was working on a documentary about “young liberal Palestinians” and her motivation was to show the world the non-violent Palestine. For that matter she had already invited her friend to come for a visit.

Good company and good coffee made for a good time and I stayed a bit longer than planned. Losing my way while looking for the bus station, it was already past six when I was on the service (shared taxi).

Back at the hostel I bumped into Mohammad, who was just about to head out for dinner with a couchsurfer of his. Kebab sounded good and I happily joined them. Mohammad seems quite engaged in the local couchsurfing scene and teaches some Arab at the hostel. Funny bloke as well! 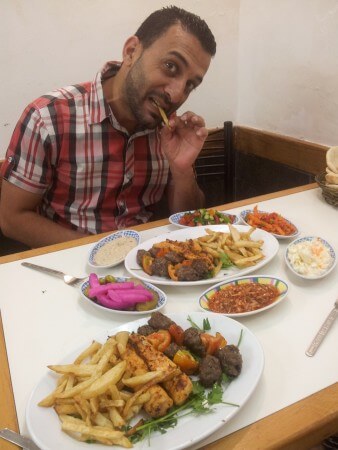