Saturday, the Sunday of Nepal. Although most people still work seven days a week, so it’s not a proper Sunday, really. Be that as it may, I took a day off from volunteering and headed northerly out of Bhaktapur. My destination was a temple sitting atop a hill, and my aim was to get a whiff of nature after more than two weeks in the city.

It would have been an option to take a bus for a part of the trip, but I decided to walk all the way. Gotten a wee bit stiff with all that sitting in the office.

Having left the core part of Bhaktapur well behind me, the road was lined by laid back residential houses and small farms. The sight of some decorations I still haven’t fully gotten used to. 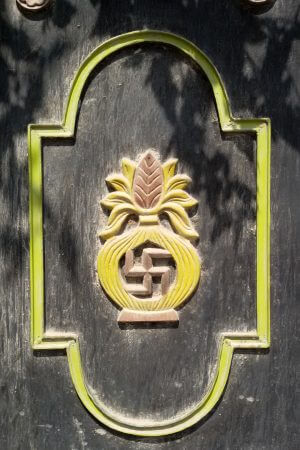 Some half an hour out of the city, the landscape showed the now somewhat familiar rolling hills and rice terraces. I haven’t been to Tuscany, but on pictures it sometimes looks a bit like this. Minus the rice, of course. 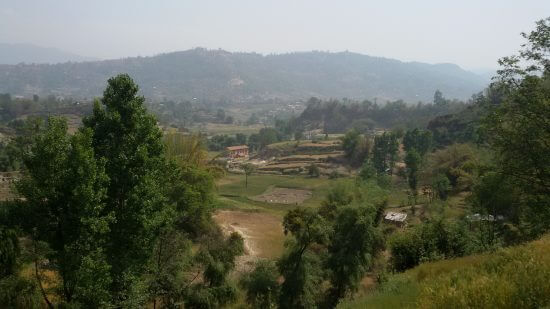 One of the sights along the way: brick producing. 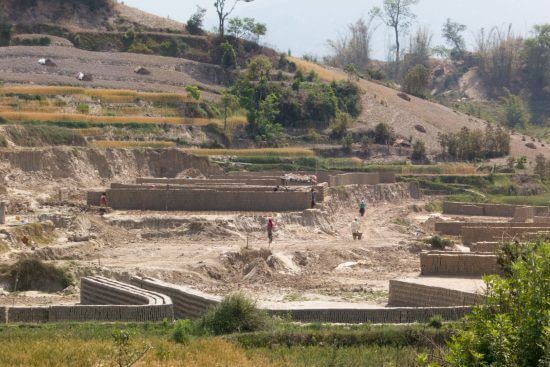 After what must have been an hour or so, I left the main road and followed a footpath leading through a light pine forest. I don’t know why, but I really like pine forests.

Having followed the way uphill for another fifteen minutes, I reached today’s destination: Changu Narayan. Like so many places in the valley, this temple too was badly affected by the 2015 earthquake. 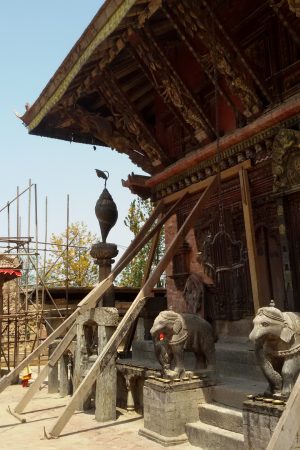 That doesn’t stop the locals from following their rituals, though. Hinduism really is a colourful religion. 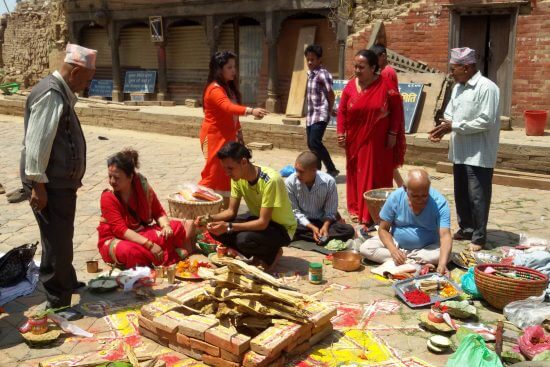 For some reason the temple was guarded all around by the armed police force. Assault rifle and pink flip-flops – I’m really not up-to-date with today’s fashion. 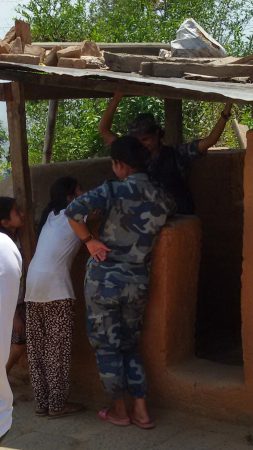 Not being the biggest fan of temples (or pretty much any kind of building that doesn’t serve food and beverages), I didn’t hang around for long and instead headed back to the forest and spent about an hour looking out over the valley. And chatting with a friend on the phone, got to love 3G. 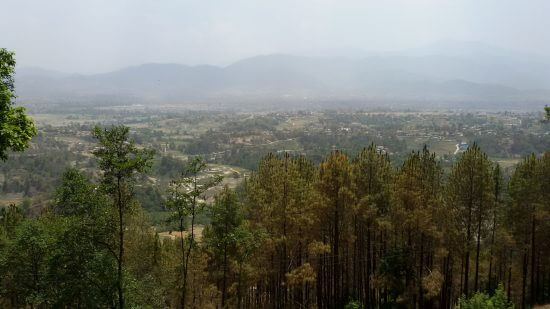