One month to go till my scheduled return to Europe. There is a lot to look forward to, as I hope to see my family and a couple of friends again. 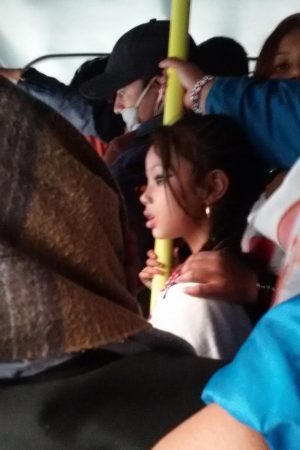 It’s not all roses and butterflies, though. Over the past weeks I had a couple of chats with people who’ve been to Europe recently. And the picture they paint doesn’t look overly bright.

Apparently Europe is afraid of terror these days. Laughable. And apparently the Anti-Islamism is taking on shapes that are starting to resemble the Anti-Semitism of the 1930s. Sad and stupid.

Germany is said to have a problem with refugees. Certainly dealing with a million of them is not an easy task. But they are more a symptom. The underlying problem is that the German government and most of the population didn’t so much as raise a finger when the US went on their quest to invade Iraq, loot resources and destabilise the Middle East in the process. Merkel says the US are Germany’s friend, but I wonder if all her friends ask her to drop her pants and bend over on a regular base.

The newspapers (why am I still reading them?) report of Germans who are afraid of loosing their status, their quality of life, now that a million guys with Qurans under their arms are knocking on their doors, ready to take their fortunes and rape their daughters. Did I already point out the stupid Anti-Islamism? Oh yes, I did.

It’d be nice if these people would ponder a moment on where their riches are coming from. They claim they’ve worked for it, earned it. But that’s rubbish. What REALLY made Europe rich, was (and is!) its exploitation of Africa, Asia and the New World by means of colonialism and slavery. And now these black people come and claim their share of the wealth. How dare they!

Ah man, it’s a world of bullshit out there. Can’t wait to get back in.