These days I’m staying with a Newar family in a local residential neighbourhood. The other volunteer and I are about the only white faces you’ll ever see in the streets here, which is just my cup of tea. 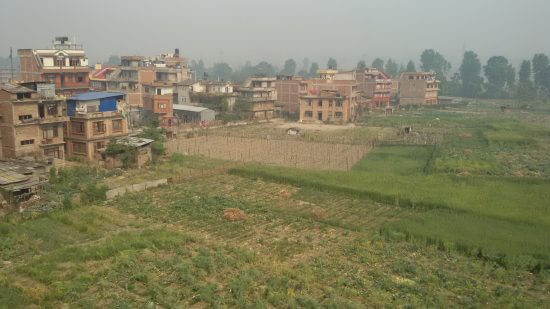 On my way to work, I come by a smith, a vegetable merchant, a carpenter, a butcher and a couple of other small businesses, who all conduct their work pretty much in the open. There’s always something to see here.

Later on the way I’m crossing the Durbar Square, which is the most touristy place in the whole city. Some days it’s nice to sit down there and watch life happen, but it can get annoying to be offered taxi and guide services every other minute. If I’m in a funny mood, I try to bullshit the tourist guides by being overly cheerful and chatty. The aim is to waste as much of their time as possible. 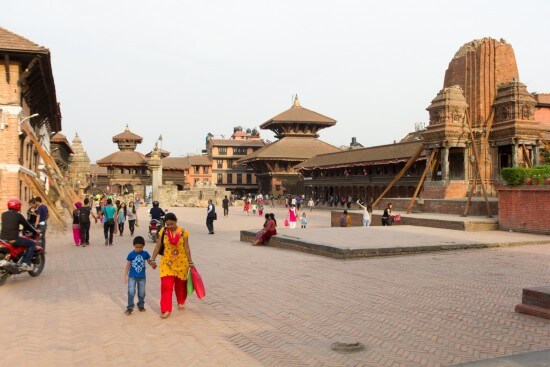 In total it takes about 15 minutes to reach the office, which is situated across the (small) city. The organisation I’m volunteering with is working on developing a career advice system for young Nepalis. The youngsters can fill out a questionnaire and then the system analyzes their personality and recommends suitable jobs. For example a very curious person would be a good researcher, whereas somebody overly shy might not be suited for classroom duty.

For a year and a half, the organistion has employed the services of a couple of Kathmandu based developers to build the online system. However, so far only parts of it have been developed and the project lead isn’t happy about the speed at which things are unfolding. Nor about the quality of what is being produced.

In the first couple of days I had a look at the database and source code and it’s safe to say that not all standards of modern software development have been followed to the dot. It’s a common sight though, probably 19 out of 20 legacy systems I’ve worked on looked like that. Or much worse.

The organisers of the project are hoping for me to be able to do some development while also giving the local developers a couple of hints on how to make their lives and everybody elses a bit easier. So far that is going well and I intend to continue the work till leaving Nepal and possibly after that as well, doing remote work. 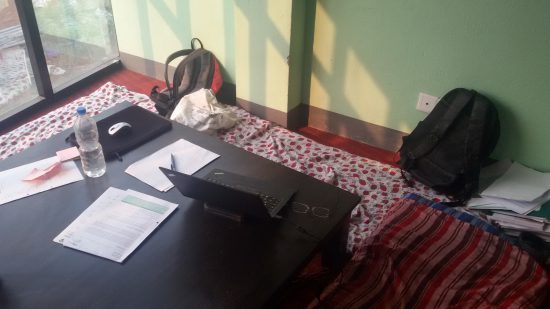 The guest family who is hosting me is originally from the area. Mother, father and son speak good English and have told me a lot about local customs and culture. The father is working for the local tourism office and the mother is a full time teacher. At the moment they are helping me to learn Devanagari script – not an easy task! The only family member I can’t converse with is grandma, who speaks neither English nor Nepali.

In the evening, dinner is taken at about 19:30 and it’s as local as it gets: Dal Bhat. Considering that the volunteer organisation also serves Dal Bhat for lunch, it’s a lot of Dal Bhat I’m eating these days. Somewhat to my own surprise, I’m not yet sick of it. 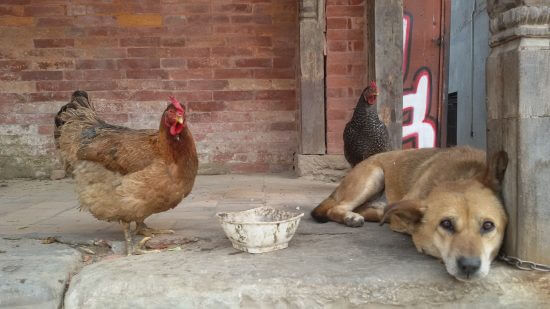