Time for a delayed trip report! On Monday I followed Hiba’s invitation for a tour around Nablus. The town is about an hour from Ramallah on the shared taxi. I managed to arrive half an hour late by first forgetting my passport (had to return to get it) and then taking the one taxi that got rear-ended on the way.

Hiba showed understanding though and we jumped right into the tour with a visit to an old soap factory right next to the bus station. In Palestine, fresh olive oil is used for food and the old (after a year) left-overs are turned into soap. It’s a handicraft. 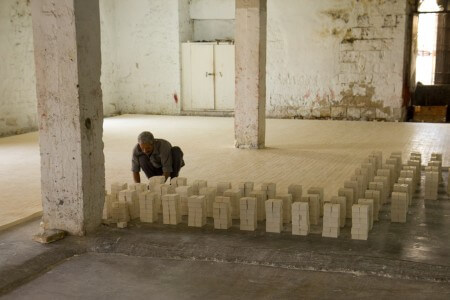 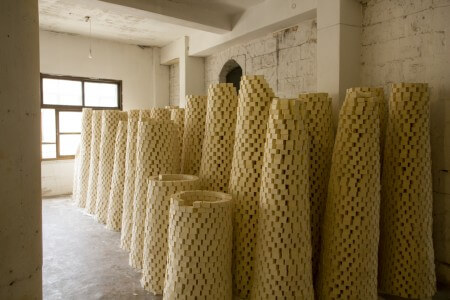 We continued with a visit of the old city, which is much bigger and charming than that of Ramallah. It has a lot of narrow passages and historic buildings, some of them beautifully renovated. 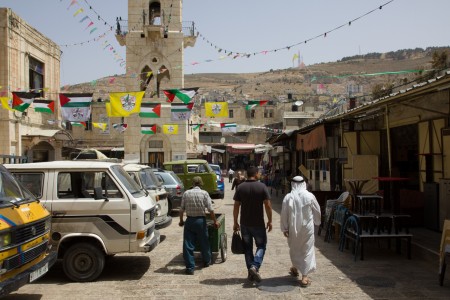 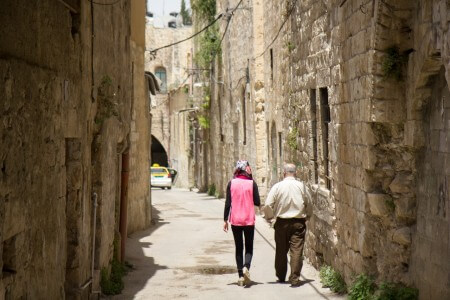 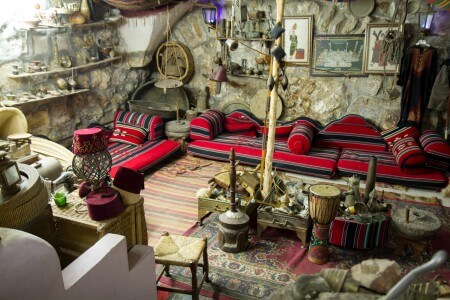 The whole town is not a touristy place (it used to be before the second intifada), and generally considered ‘traditionally Palestinian’.

Refreshed from handmade lemonade, we went to the local university, Hiba’s alma mater. It’s a campus like one could find it in any European city (minus the Arabic writing) and the fine arts department had some really cool stuff on display.

What was very different to European schools and universities though was that most groups were either guys or girls. Few were mixed. Students go to the same classes though and when I asked about the observation, Hiba explained that it’s part of the upbringing that men and women usually form separate groups in social activities. 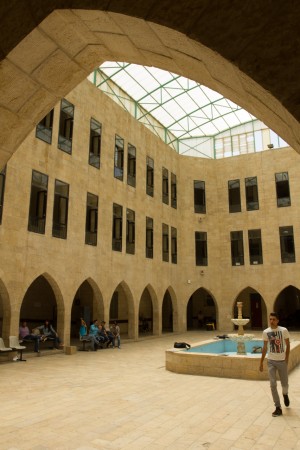 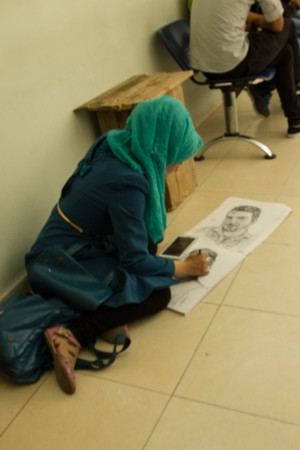 By now, lunch time had arrived. And being in the traditional Palestinian town, we went for an according meal. It was good. And it was big! 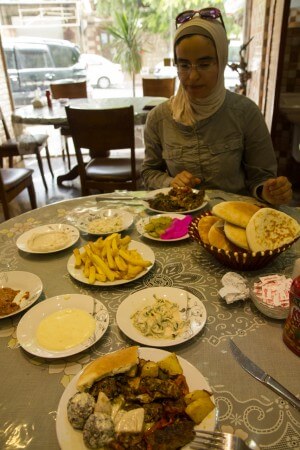 With the bellies full, we rolled to a big orthodox church not far away. Hiba pointed out more than once, that it is very common to see churches and mosques in the same neighbourhood, often just a street apart. Co-existence of Islam and another religion. Wikipedia says there are 50,000 Christians living in the Palestinian territories.

The church had a nice green garden around it and we sat down for a rest and a chat. Hiba critically remarked that I did a lot of listening but didn’t really provide much feedback or stated my point of view. That was an accurate observation and pretty much described the state of my brain. So much input and so little time to process it. What I’ve seen in the five days in the territories has profoundly shaken up my point of view and it’ll take weeks for it to settle into a new shape.

The Nablus tour ended with a visit to a park were Hiba spent a lot of time doing homework or studying. She mentioned that it was during the second intifada and she could only come when there were no tanks or soldiers in the streets. Boy did I have a peaceful childhood. 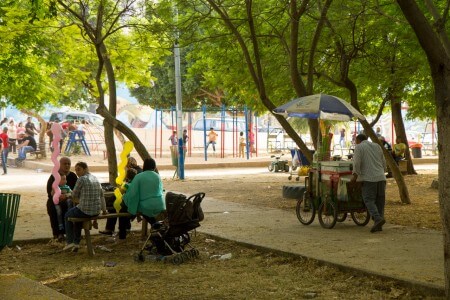