On January 26th Aussies celebrate the landing of the first fleet in Sydney Cove in 1788. Indigenous groups claim it should be called mourning day or invasion day. They probably have a point there.

We were invited by the sister of a friend of Susan to celebrate in the traditional Aussie way: With beer and BBQ. We didn’t know any of the people and they didn’t know any of us (except for Susan of course). I think that’s somewhat typical Australian. They don’t care who you are, where you’re from or what you’re doing. If you’re a nice chap you’re welcome and if you’re an asshole or a Harley rider you’re just asked to leave the house.

The place is near Yass and had a big shady garden and a pool. Both were more than welcome as the temperatures peaked at 39°C (!) today. As far as I can remember that is the hottest I ever experienced. It wasn’t too bad though, a breeze and cool beer did the refreshment.

We had a very nice afternoon with heaps of good food and a lot of people asked us about our travels and experiences. By now I have actually seen more of Australia than most Aussies.

Funny thing I learned about Australia today: When Aussies put emu and kangaroo on the barbie, they’re actually eating their coat of arms. 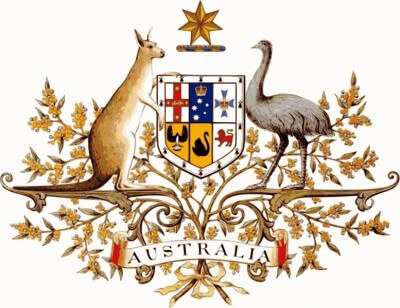