In direct comparison with the D40, the S95 has a few aces up its sleeve as well. The D40 is one of the smallest and lightest DSLRs on the market but still weighs almost four times as much as the S95 (750g vs 200g). Not to mention that it doesn’t exactly fit into the pocket of my pants.

During my travels there is hardly a moment where I am without camera. When I go out in the evening or don’t plan on taking a lot of pictures, I take the S95 and leave the D40 in the hostel. It can be inconvenient to carry the ‘big’ camera around but there is always space for a compact.

Always having a camera on me allowed me to take some unique shots that might not be top-notch in terms of quality but serve well to show a certain situation. 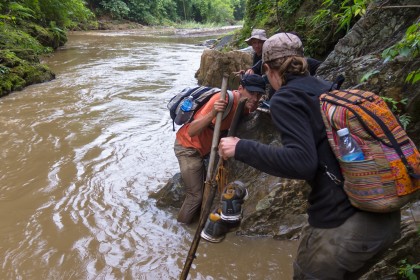 Before taking this picture, I had the S95 in a plastic bag in my pocket. It was sufficiently protected from the mud, water and hanging branches of the Laotian jungle, but I could have it ready by reaching into my pocket and taking it out of the bag.

That would not have been possible with a DSLR. The only (sane) way to take a DSLR onto that trip would have been to store it away in the backpack, well protected from shocks and moisture. Thus a DSLR would never have taken this shot – unless I could have convinced the poor guy to hold the position for a minute or two.

The size of a compact camera also comes in handy when I don’t want people to know that I am taking pictures. I can hide the S95 in my hand and press the shutter with my thumb without anybody noticing. A compact camera is also quiet. Every DSLR has a shutter that is more or less noisy and even people who look into a different direction will turn around when they hear camera noise. 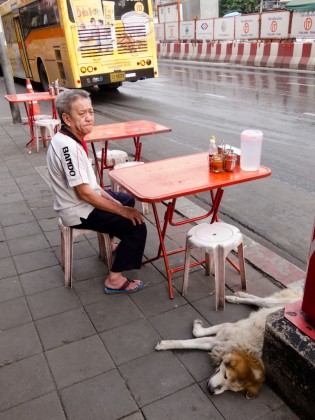 Portability and stealth mode are the main advantages of the S95 over the D40. The S95 also has a better exposure metering. In scenes with a high dynamic range, the D40 puts too much emphasis on the centre, sometimes causing blown highlights in the off-centre areas of the picture.

The S95 is ahead as well when it comes to automatic white balance. I often have to make some adjustments to the shots taken with the D40. I think these differences can be attributed to the age of the D40. The S95 is five years younger and in the world of electronics that is a long time.

A lot of people assume that you need a DSLR to take really nice pictures. Sometimes I was asked whether I was using one by people who looked at my pictures. I wasn’t and I think I can take that as a compliment.

It is true that the image quality delivered by a DSLR is higher but that is not all it takes. A nice photo needs to be interesting, needs to be well composed and exposed. Having a good camera can help with that but in the end it’s just a tool. People don’t become great mechanics or carpenters by buying high-end tools and neither do people take good pictures by buying an expensive camera.

In a way, starting with a compact camera might turn somebody into a better photographer. It allows to practise everywhere and all the time and that’s an important factor in improving one’s photography skills. For me it’s not a decision whether to buy a compact camera or a DSLR – I want both and I am happy to split my budget.

Two of the following shots were taken with the S95 and two with the D40 – I think both cameras can deliver nice results. 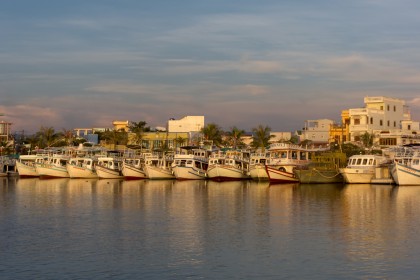 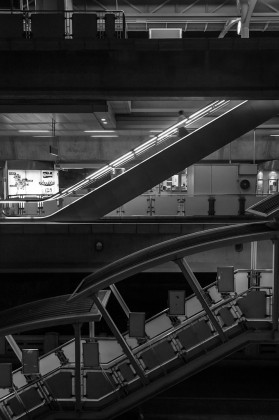 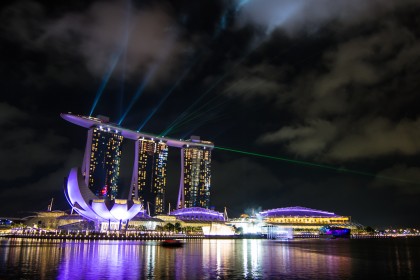 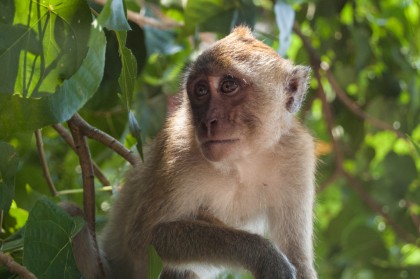