Since the last summer I have learnt a lot about photography and about cameras as well. I saw a lot of my pictures from a new angle and realised the limitations of my compact camera, a Canon Powershot S95. It is an excellent camera but there are some limitations of the compact format that even a camera that good can not overcome.

Something the S95, like all compact cameras, can’t do too well is depth of field. Depth of field means that objects are less sharp the farther away they are from the focus point. Compact cameras have a deeper depth of field and thus more elements of the photo will be sharp. Sounds like a good thing at first but there are actually a lot of situations where I don’t want parts of the picture to be sharp. 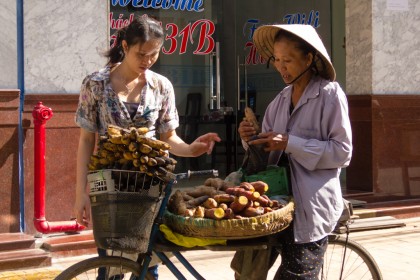 In this picture the background is sharp and distracting from the people in the foreground. With the shallower depth of field that a DSLR can deliver, the background would have been blurry and not as disturbing. Have a look at these candles for a good idea of a shallow depth of field. 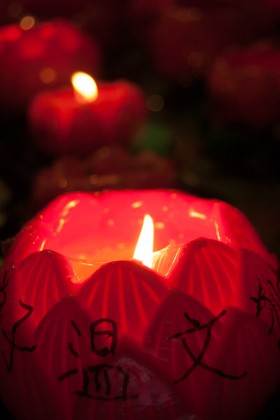 The D40 scores quite easily here. It can deliver shallow and long depth of field, whereas the S95 has a hard time blurring anything.

To play around with depth of field yourself, see if your camera’s dial has a mode called ‘AV’ (Canon) or ‘A’ (Nikon). It allows you to control the aperture and you can go for a shallow depth of field with a low value (usually around 2.8 or 3.5 is the lowest).

When it comes to image quality, the DSLR delivers better results for two reasons: bigger sensor and better glass. The sensor in a digital camera is what replaces the film of analogue cameras and those in an entry-level DSRL are about 8 to 10 times the size of those in a compact camera.

On the small sensor of a compact camera all the single pixels are cramped together and the result is noise. It is especially visible in the dark areas of an image and gets worse the higher the ISO value is. At high ISO levels even DSLRs struggle with noise.

Basically all shots taken with a compact camera will have noise to some degree but it depends on the picture how disturbing it is. Some of it can be taken away in post-processing but shooting with a DSLR and having little to no noise makes things easier. This shot was taken with the S95 at ISO 800. 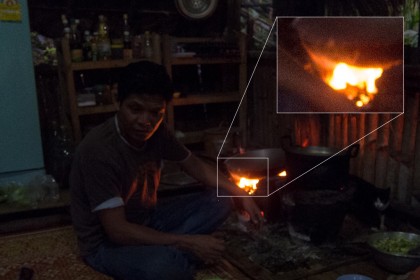 The lenses on DSLRs are of much higher quality (and weight) as those on compact cameras. It’s easy to imagine why they allow for sharper photos with less distortion. The quality comes at a price though, a single lens can easily cost as much as 10 compact cameras and also weigh as much as them.

An advantage of the DSLR that doesn’t come to mind immediately is speed. Switching on a DSLR is a matter of flipping a switch (given that the lens cover is already removed), whereas a compact camera needs to extract its lens before it is ready to shoot. It’s a difference of 1-2 seconds but that can be a big difference in fast paced environments.

Framing a shot (zooming) is usually slower with a compact camera as well. The user has to press buttons or move a lever and then the lens is moved automatically. The lens on a DSLR is moved by hand which is not only faster but also more precise.

Before a shot can be taken, the camera needs to focus on the subject. If speed matters that is best done automatically for either type of camera. The difference between the S95 and the D40 is not a big one here although the D40 is usually a bit quicker in getting focused.

All this doesn’t matter much if you are shooting landscapes or portraits. Yet in the streets of SEA it can make a big difference as the family of six on their scooter is already around the corner by the time my compact camera is ready to shoot. 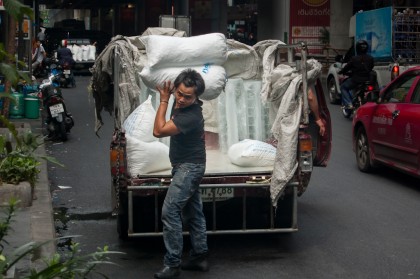 Tomorrow: What are the advantages of the S95.