The Tazaungdaing Festival, also known as the Festival of Lights, held on the full moon day of Tazaungmon, the eighth month of the Burmese calendar, is celebrated as a national holiday in Burma (Myanmar) and marks the end of the rainy season. It also marks the end of the Kathina season, during which monks are offered new robes and alms.

So much from Wikipedia. The area I’m staying at in Yangon (Sanchaung) is a little better off, people living here work as merchants or have their own business. Accordingly they have a few Kyat to spare and are taking Tazaungdaing as an opportunity to make merit by proving alms to the poor.

It took place in the street right in front of the hostel and was a little wild at times. Everything was calm and orderly while the monks (or nuns in this case) received their alms. However once donations and food were open to the general public, push came to shove. 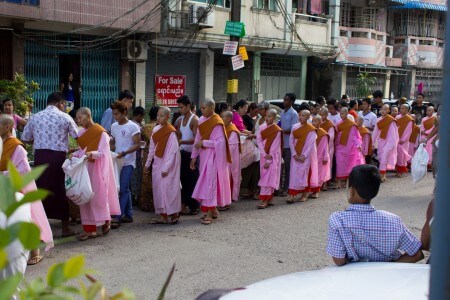 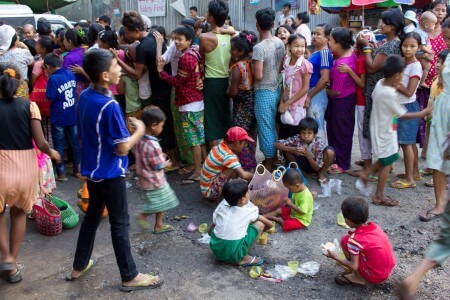 From what staff at the hostel told me, people travel from the outer parts of Yangon to this part of town in the hopes to fill their bellies and bags. 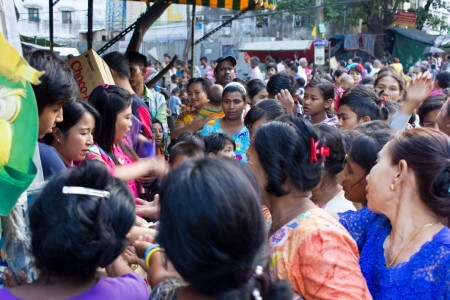 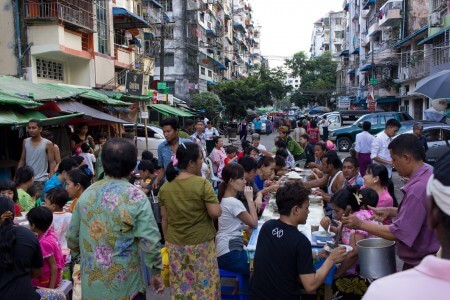