When travelling, I don’t really follow the news, which is somewhat of a logical consequence. I already spend a fair bit of time online with travel research and am not overly keen on spending even more reading other stuff.

As a consequence, I didn’t learn about what happened in Paris until people around me started talking about it. Because I hadn’t heard of it, the thought occurred that I might be living in a bit of a bubble, disconnected from the ‘real world’.

A nice bubble, where the world is basically a peaceful place full of good-natured people. Once I was that far, I thought that maybe I’m not living in a bubble but am rather seeing the world and the people as they actually are.

That would then raise the question of whether those following the news, and forming their opinions by them, are instead living in a bubble. Judging by what’s on the news, be it print, tv or online, the world is a very dark and dangerous place.

But it’s not. Terrorist attacks are not a threat worth thinking about to anybody living in the western world. 130 dead through bombs and gunfire in Paris? Big deal, that’s roughly 0.25% of the civilian deaths in the ongoing Syrian civil war. Germany alone loses about 150,000 people each year to tobacco and alcohol. And everybody worries about ISIL?

Maybe it would be better to ignore the news altogether and go for a walk in the park instead. At least that way one can see the world as it really is. 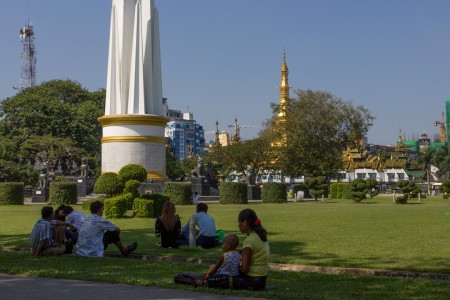