After the initial shock of the noisy market in front of the hostel, I found Ramallah to be a very relaxed and calm city. People in the streets are friendly and I get a lot of “Welcome” and “Hello”. Not a lot of tourists around here.

Later in the day I met up with a local couchsurfer, Mohammad, who showed me a few parts of the city and shared a lot of his opinions and views on the current situation.

His opinion is, not surprisingly, fairly strongly in regards to Israel and the occupation of Palestine. His main criticism are the settlements in the West Bank and also the behaviour of the settlers there. Accounts of murders committed by the settlers on Palestinians seem quite numerous and atrocious.

Number two on the list of issues for him are the restrictions put onto locals by the Israeli checkpoints. In his opinion they put an unfair blockage on Palestinians’ freedom to move around and, with that, trade.

All-in-all it was quite a full-on experience. We ended up meeting a couple more travellers and some friends of his and finished the evening with a dinner at his friend’s house. 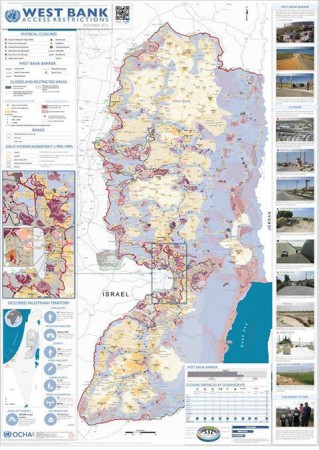