Getting around in KL is pleasantly easy with trains connecting the major destinations and all signs printed in Latin alphabet. And unlike in Vietnam it is actually possible to pronounce the words here.

Today I was somewhat busy with work but I had enough time for a visit to a nearby shopping district. It’s not a very touristy destination, more a place where locals go and get their stuff. A lot of people in the area are Muslim and countless shops cater for their special needs. 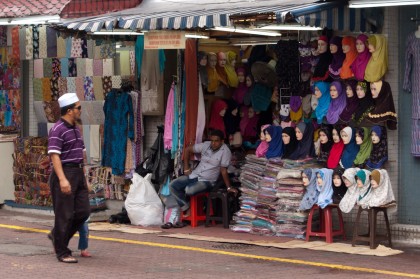 I found myself some new flip-flops, all that walking around really kills those cheap $2 things. Spent a whooping $7 this time so hopefully they’ll last a bit longer.

KL is a rather smallish city with 1.6m people living in the metropolitan area. It is big enough to be really polluted though and during the day the distant buildings hide behind a layer of smog. 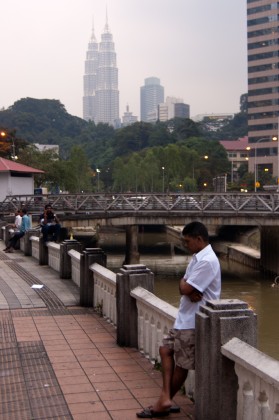 Still, walking around the streets is good fun, with the three major ethnic groups creating a diverse and vibrant picture. There isn’t that much to see besides people though and thus I want to head east tomorrow. My destination is Cherating, a small village north of Kuantan. I intend to do nothing but slacking on the beach and eating delicious food. 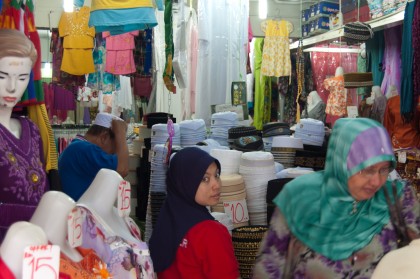 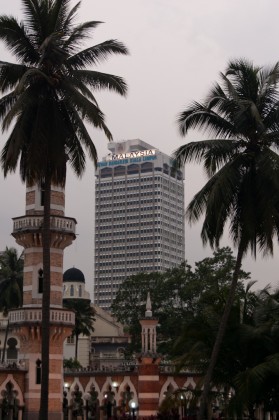 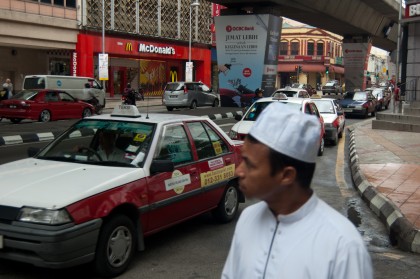