Having spent two months here, I have picked up some knowledge about Auckland.

Something everybody agrees upon is how unique the public transportation system is. Mentioning it makes people chuckle, roll their eyes or start a rant. It is, in blunt words, total and utter crap. Getting to the job interview on Wednesday required me to leave my place at 2pm. The interview was at 4pm. It’s not that far, 20 minutes with the car, but with walking, time spent on the bus and a bit of buffer for delayed buses it becomes two hours.

When I came here and people told me that they had to ring their bosses and tell them they were running late because their bus was an hour late, I couldn’t believe it. After it took me 45 minutes to get three kilometres across the CBD I did believe it. How exactly one manages to set up a bus system that bad is beyond me. Contributing factors are the number of operators (about half a dozen or so, check out the fare information: link) and Auckland’s urban structure. 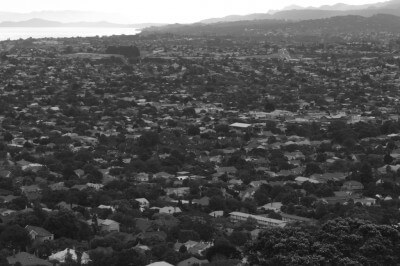 The city is incredibly wide-spread. There is hardly any building taller than two stories outside the CBD and the suburbs stretch endlessly. You can drive half an hour with the car and you’re still nowhere near the end of Auckland.

Orientation is made easy by Auckland’s landmark, the sky tower. With more than 300m it is the tallest free-standing structure in the Southern Hemisphere. 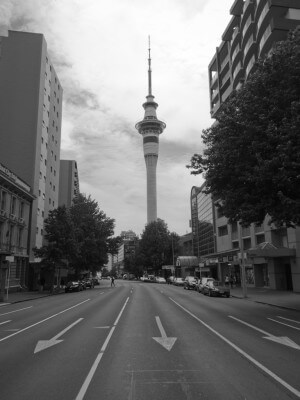 Especially in the beginning it can make navigating the CBD easier. The centre of Auckland is somewhat hilly, a bit like San Francisco light, and it takes a day or two to realise that walking downhill always leads to Queen Street. 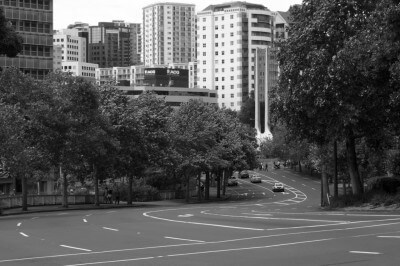 January is one of the driest and warmest months in the area and endless sunny days drag people into the parks and to the beaches. At least in theory, practically it has been the coldest and wettest summer for ages and every half-way decent day is followed by something wet and overcast. Monsoon season in SEA feels sunnier. 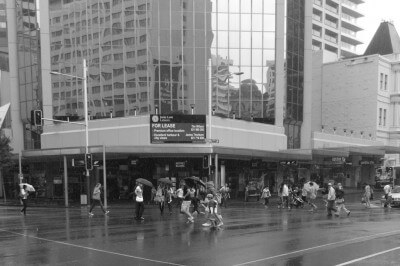