Mulde Viewpoint sits on the hill rising above Dobato and it blows the popular Poon Hill out of the water.

Not wanting to get out of bed too early, I suggested to leave the lodge at 6:30 and still profit from the clear morning air. And boy was that a clear morning. 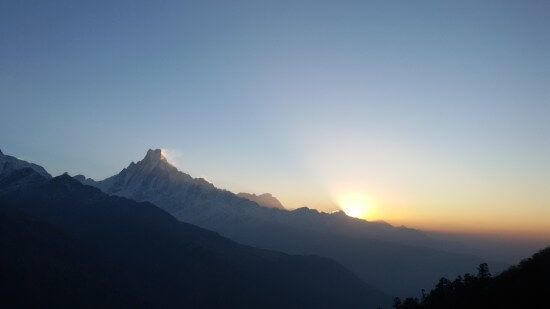 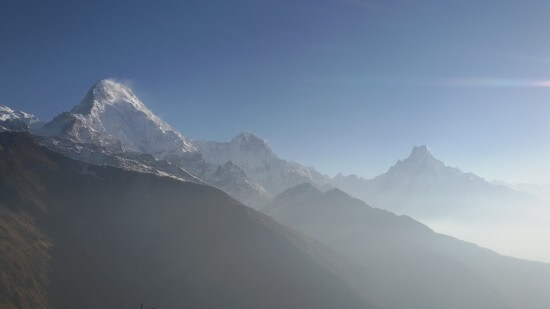 We spent more than half an hour up there before climbing back down for breakfast.

Today the trail was going only one way and that was down. Initially it was still the pine forest but that quickly gave way to bamboo, as we made our way down the dry bed of a stream. 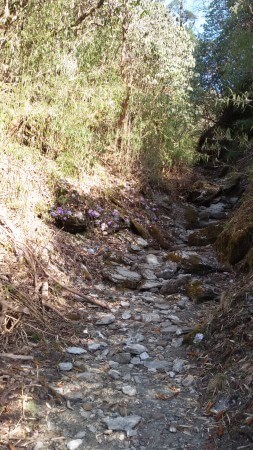 Most of the way then lead us through the familiar enchanted forest with trees, boulders and the ground covered in dense moss. 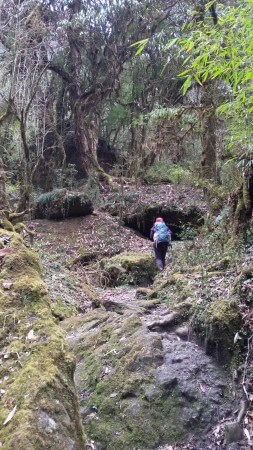 Shortly before reaching Tadapani, the other side of the valley sported the biggest waterfall I’ve seen in my life. Rough estimate would be 500m+ over several stages. 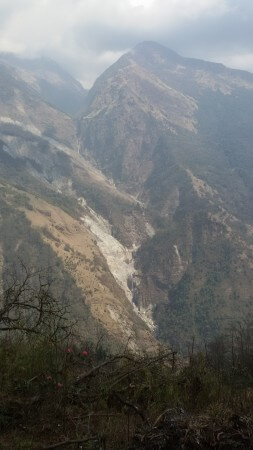 After lunch stop in Tadapani, the path became wide and rather flat, turning the trek almost into a walk in the park. The lower altitude made walking easier and I could walk at a pace that would have left me panting at 3500m.

Approaching Ghandruk, thunder announced a nearby storm and the valley was filled with low hanging dark clouds. 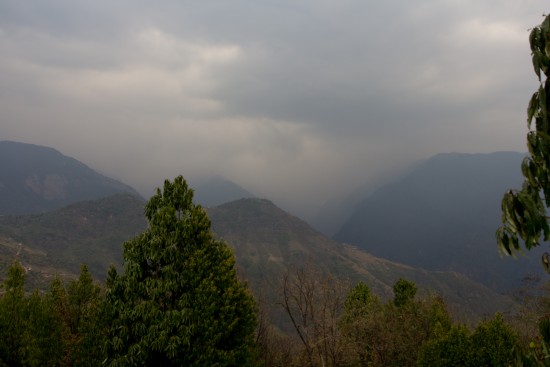 We quickened our pace and not five minutes after reaching our accommodation, the sky opened its flood gates.

It’s almost unfair how lucky we were with the weather on this trek.