The weather in the Himalayas usually develops from clear and sunny in the morning to cloudy at noon to very cloudy and possibly rainy in the evening.

All the more reason to get up early and make the best of the day (and the weather). I had a mediocre night, constantly waking up and falling back asleep after a while. Probably another effect of the altitude.

Despite that, I was out the door at six with the camera in hand. Well worth it. 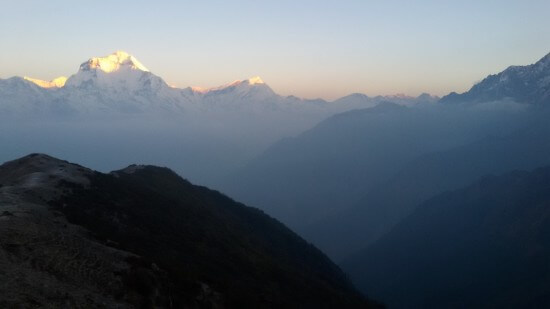 The altitude didn’t have major negative effects on me, neither headache nor loss of appetite. Hence the decision was made to stay at the lodge for another night and use the day for a hike farther up the ridge. 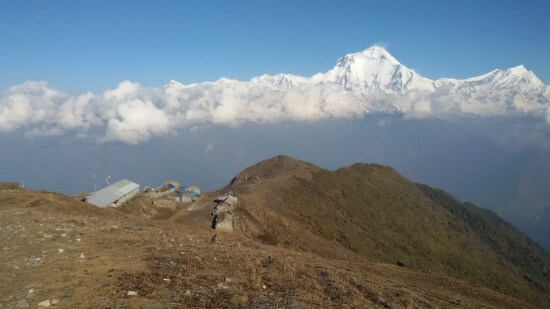 The first part of the journey was fairly relaxed with broad paths and slow ascents. After about an hour the path became more narrow and steeper with steps in some parts. 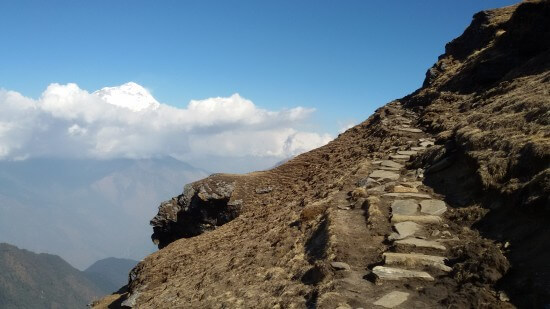 Two hours in we were on the shady side of the mountain and parts of the way were now covered in snow. Careful steps are in order, don’t want to go sliding down that slope.

After three hours the GPS showed 4016m, the highest I’ve been in my life. 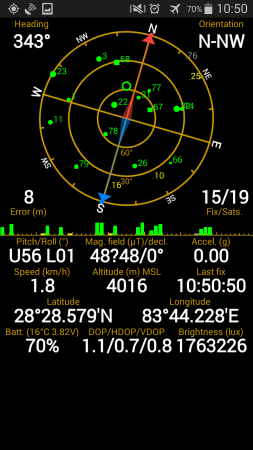 I felt like going on for a bit but there was still the way back and the clouds were coming in. We enjoyed a packed lunch of potato bread and then went for the considerably easier way down.

Program for the afternoon: bucket shower, laundry and relaxing. 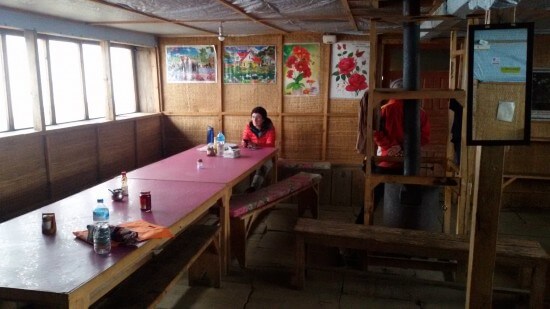