1944 – My grandfather is in his early thirties. He is wearing a SS-uniform and is fighting allied forces in the French Normandy.

2010 – Two generations later and at a similar age I am celebrating Christmas in Australia with a group of French, Americans, British, Japanese and Germans. Our ancestors clashed in a war that left more than 60 million people dead. Yet we form a group, share food and drinks and help each other out.

Episodes like that are what made (and make) me think a lot about why the world changed and what it will take to keep future atrocities from happening.

My grandfather grew up in a time when people didn’t know a lot about other countries and hardly ever went to see them. His only sources of information where (German) books, (German) newspapers and (German) radio broadcasts. When he was a boy, Germany had just fought in World War I against the French, the British and other nations. Talking about France meant talking about a country against which Germany had fought several wars over the course of the centuries.

When I grew up, countries were much closer connected and people could learn about them from vast amounts of books (including foreign), newspapers (including foreign) and television (including foreign). By the time I turned 20, I had been to Denmark, Spain, Italy and Austria. I had learned English for eight and French for four years. The internet gave me access to information from pretty much any country on earth and allowed me to get in touch with everybody who was online and could speak either German or English.

I don’t want to excuse what my grandfather’s generation did. I cannot claim to understand all the reasons for what happened and what people at the time thought. But I want to understand how things are today, what it is that makes people stick together no matter what the nationality and understand what is necessary to keep a planet full of nuclear weapons and clashing civilisations from collapsing.

Often people are afraid of what they don’t know and don’t understand. Thus it seems just logical that learning about different cultures is an important step in keeping the world at peace. I have talked to people from more than 40 countries and think that we are all very similar. We all have the same primeval needs for food, shelter and procreation – no matter whether we have rice or toast for breakfast.

Naturally most people prefer their own country and their culture because it is what they grew up with. The cultural diversity that allows for so many interesting experiences also has a lot of potential for conflict, but education, an open mind and the willingness to compromise are excellent tools to deal with that. It’s not an easy thing to do but a very rewarding one.

Although it might sound like travelling turned me into a hippy, I wouldn’t say it did. I simply got to experience cultural diversity and the potential and problems associated with it. 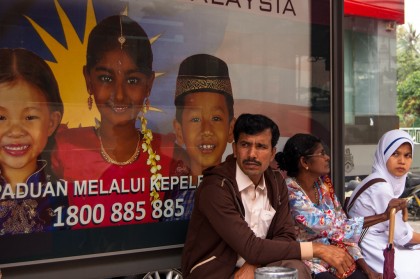 Again at the risk of sounding like a hippy, the words of John Lennon:

I think it’s feasible but it’ll take centuries and a lot of effort.