The Newar people have a reputation for celebrating a lot. Thus it shouldn’t come as a major surprise that the New Year festivities last eight days. That and many other things I learned during a cultural introduction seminar held by the organisation I’m volunteering with.

We had started the day with a prolonged walk through the city, during which our host told us about local customs. 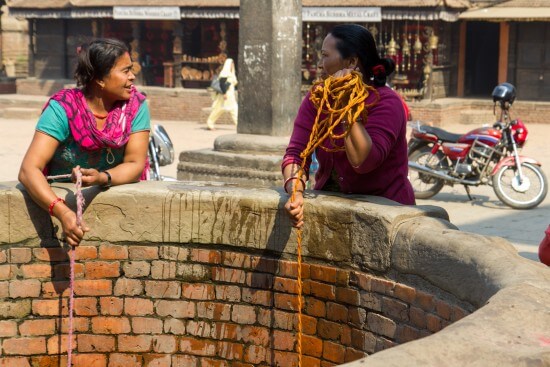 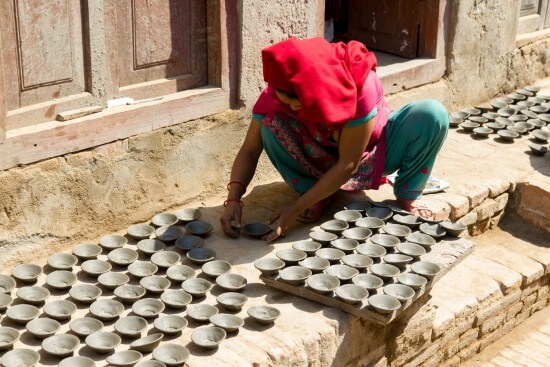 People in this area are fairly religious and bring a lot of offerings to the temples. Right after the gods have received them, the offerings are considered fair game for the needy. Kids snatch what they can get. 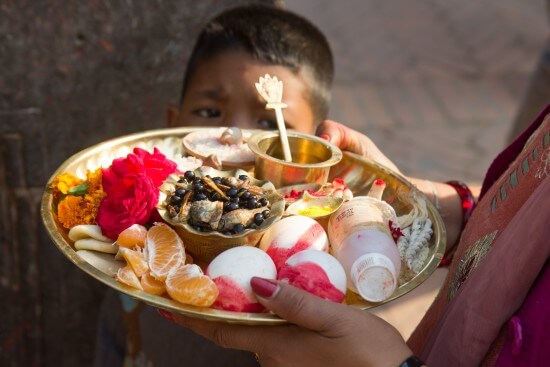 The crowning finish of the seminar was a round of grocery shopping and an introduction to cooking Dal Bhat. To be fair, we only did some chopping and then a skilled local did the actual cooking. But nonetheless, gave a good idea.

In the afternoon, the afore mentioned New Year’s celebrations started. The opening act is the pulling of a chariot through the streets of the city. I had climbed a temple near where the preparations were going on and had a great view over the event. Bit of a stadium atmosphere up there 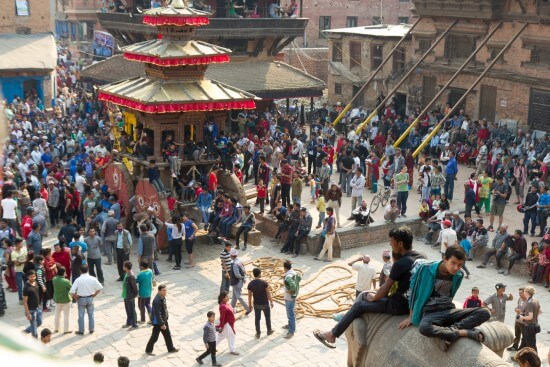 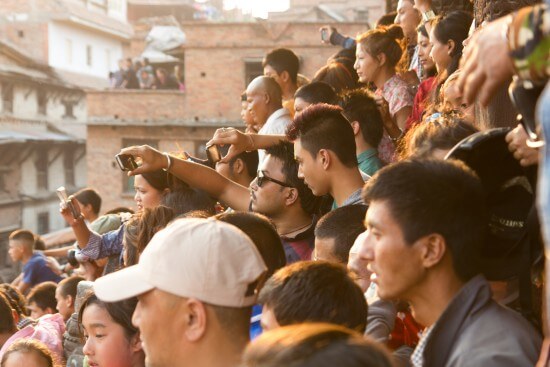 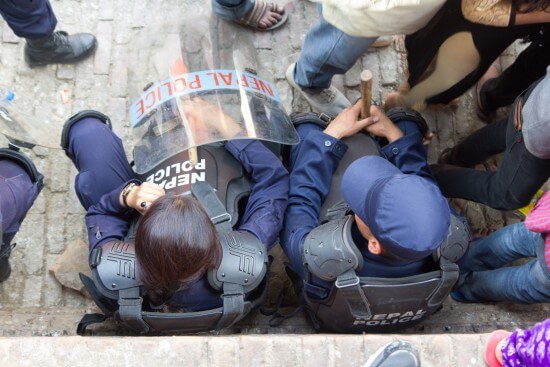 It took a fair bit of time to fasten the ropes to the chariot. But I guess when you have hundreds of people pulling on them, you want to make sure they are not going to come loose.

Once everything was in order, the pulling started. And not just in one direction. The east and west of the city have a tug of war with the chariot in the middle. It looked a bit dodgy when that thing was swaying back and forth but all went well. 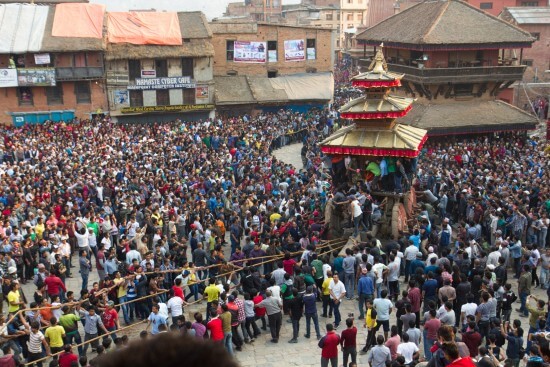 The east won the competition and when they had left the square in front of the temple, I joined the locals who rushed through small side streets to get in front of the procession. The tug of war went on the whole time, thus the temple on wheels didn’t exactly move quickly.

Being in the middle of the crowd, I was really happy to be as tall as I am. Everybody and their brother was out there and it’s not for the claustrophobic or anthrophobic. Really cool experience. 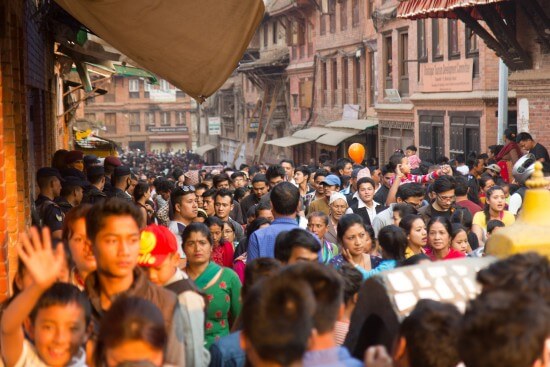 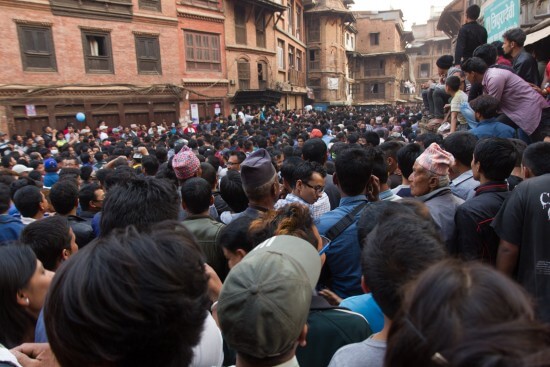 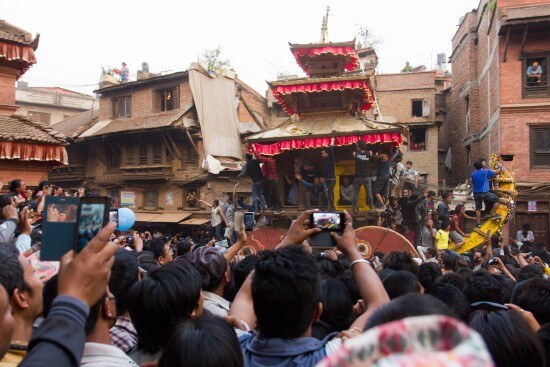