Having spent a little more time in Montenegro than initially anticipated, I had to check for alternative ways to get to Thessaloniki (flying out on the 7th). One option would have been a flight from Podgorica but that would have taken 5-6 hours with a stopover in Belgrade. Not too tempting.

In Ulcinj I learned that a lot of people from Kosovo come to the city on vacation and because of that, regular bus connections are available. Takes 5-6 hours which is not pleasant but bearable.

Before jumping onto that option, I wanted to have a look across the border. Albania has been described as the most unorganised and least developed countries in the Balkans. Can’t really be worse than Cambodia, can it?

The bus to the town of Skadar, which is just behind the border, left at around noon and for the first half hour went along a rather narrow country road. 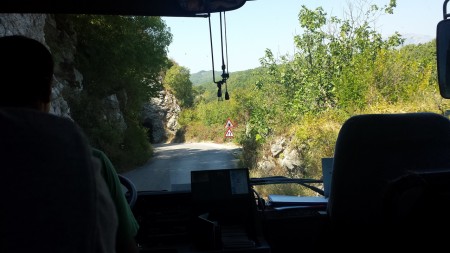 Closer to the border the road improved and after a 30 minute stop to check everybody’s passports, the bus rolled into Albania. The hostel was kind enough to provide a pick-up from the bus station. It is quite an unusual hostel, a house in a residential area about 1.5km outside the city centre.

There aren’t many guest staying and I spent the evening playing the guitar on the porch (it’s been a month since I played!).

Exploring the city today revealed a freshly painted pedestrian area lined with cafes and bars. Most buildings are in really good shape, although some seem to lack substance. 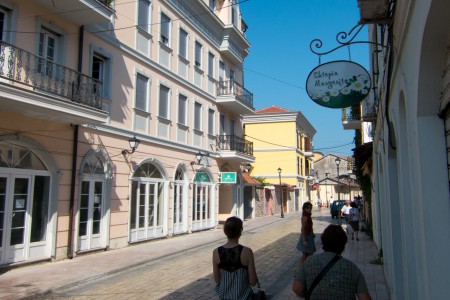 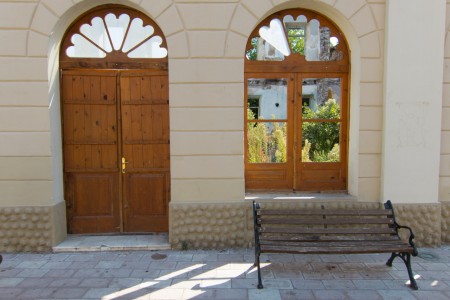 The cafes were populated almost exclusively by men. Made the city look like one big sausage fest. For some reason most of the guys make an effort to look extra dodgy, don’t really know why.

Tomorrow I’m off to take a ferry across Lake Koman – said to be one of the must-sees in Albania, and hopefully reach either Pristina or Prizren by the evening.