Disclaimer: The following text is full of generalizations and does not apply to each and every German.

Go to whatever country on earth and ask about peoples’ opinions about Germans. Aside from the old nazi stuff, what you will most likely hear is that Germans are great engineers and hard workers.

That certainly is true, Germans are crazy about work. Work is the most important thing in life and way too many people identify themselves through their job. Talk to a person you don’t know and within a minute the question of what each other does for a living arises. 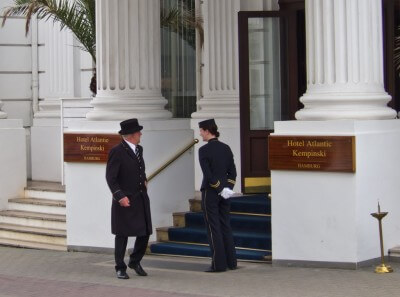 The risks and consequences of such identification with a job are quite severe and unhealthy. Just google ‘burn-out’ or ‘work life balance’ and you have enough to read for the next couple of weeks.

In IT it is especially difficult for people to get a distance to their work. That’s partly because so many are nerds, love computers and need to get a life, but also because in IT being highly available is asked by more and more employers. One thing I want to do in my life is to find out how to be a happy employee in IT instead of joining the ranks of those who burn out faster than a magnesium torch.

Work is so important that even when you’re not busy for a moment, you have to look busy. Back when I was working at the pizza shop, I had to carry empty boxes from one side of the room to the other just so I wouldn’t look lazy to the customers. If you had five minutes of idle time in the office, could you just lean back and do nothing? Not flinch when your boss enters the room? 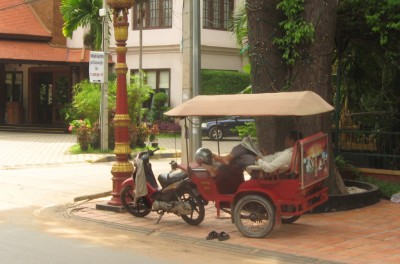 Right, so much on work. Of course work is hard and so is life. Germans have a remarkable capability of seeing things in a negative light. You don’t hear another nation complain as often as Germans do. The difference is especially visible if compared to Asian countries where people have a fraction of the money Germans do.

Germans have a hard time realizing that they live in paradise. Comfortable accommodation, good food, low corruption, low violent crime rates, highest medical standards, what else could you ask for? Of course, bigger cars, expensive gadgets, designer shit and all the other stuff that needs heaps of money and thus hours and hours of work.

But that’s what everybody does and Germans usually go with the flow. One thing that Germans don’t like, is to stick out. They wait for somebody else to make the first step but once that step is done, everybody follows.

Spend some time at an international airport and observe the boarding for planes that go to Germany. After the first call nothing happens for a short moment. Then the first person rises and within seconds everybody else is on their feet. Bit like a flock of sheep. 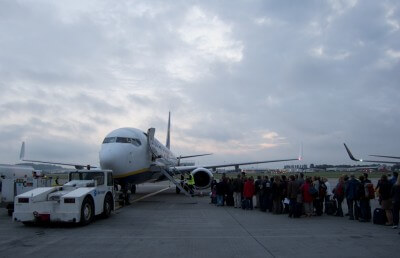 When it comes to money though, Germans get very individual. Buy a box of beer and ask people to chip in. I saw Germans in Australia start an argument like ‘but you drink more than I do so you should pay more … and now you owe me $2.61 and…’. Embarrassing.

Do the same with a bunch of Aussies and everybody will just throw money on a pile and if it’s not enough, somebody will cover the difference. It equals out over the long run. Same in a restaurant, among friends bills are just split evenly at the end of the evening.

For some reason, Germans are kinda afraid of other people. For Germans it is very unusual to talk to strangers in the street (I heard it’s different in the Ruhrpott). Sit down at a bus stop in Australia and you’re pretty much free to start a conversation with anybody there. Ask somebody at a bus stop in Germany how their day was and they’ll most likely give you strange looks and start to feel uncomfortable.

I don’t mean to offend anybody but after spending a considerable time in other countries, some things about Germany just seem mental.