Another first! This time it was wreck diving, something I had had on my list for quite a while. As already mentioned, Coron is a great place for this as the surrounding waters feature more than a dozen wrecks, most of them 100+ meter long ships in good condition.

Today it took us more than an hour to get to the first dive site. With the sun shining and marvelous scenery around, not really an issue. 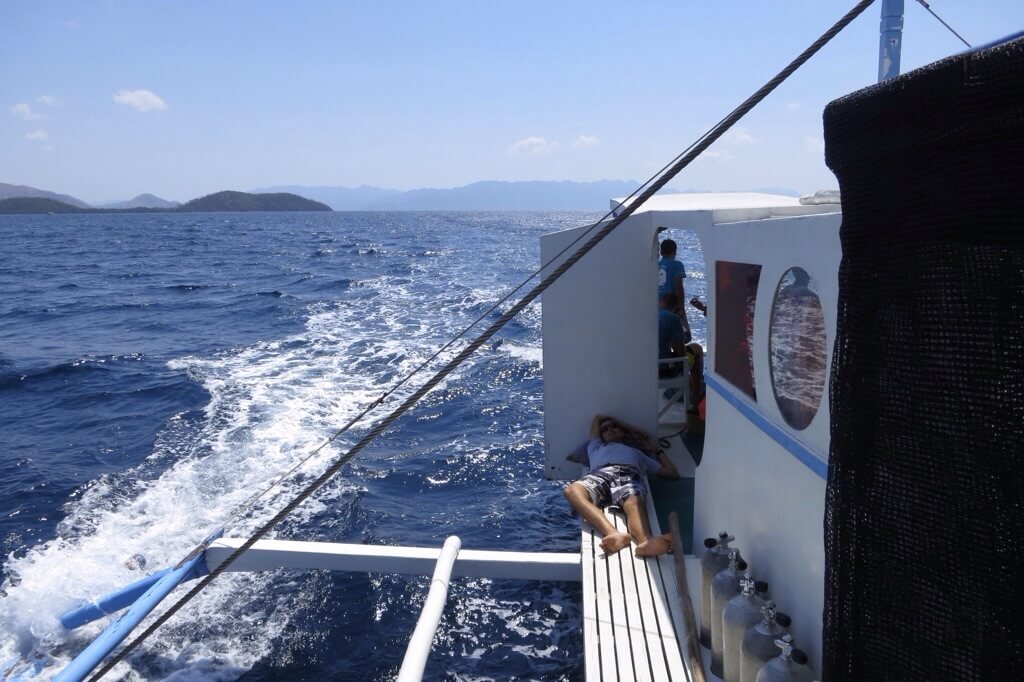 Once arrived we geared up and descended into the world below. The wreck sits at about 30 metres and it was exciting to see it turn up ahead. 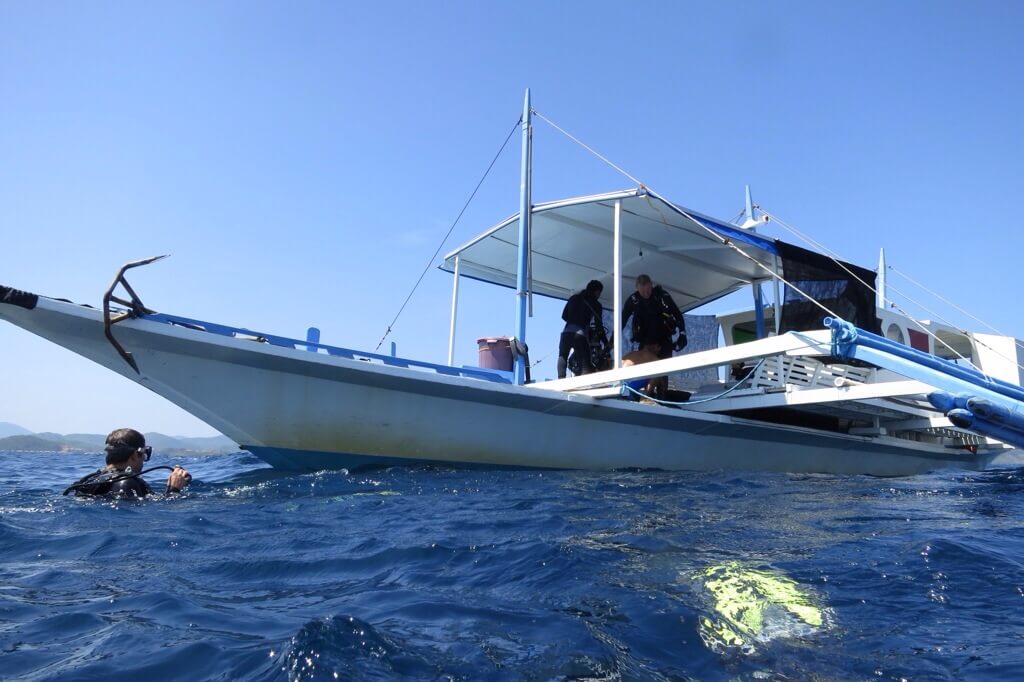 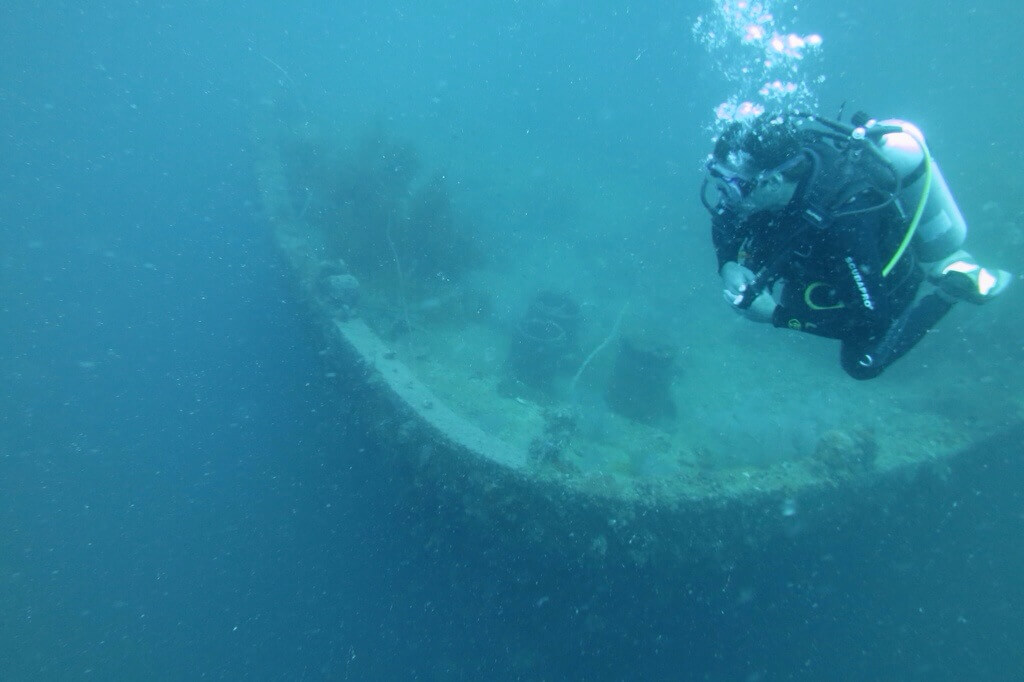 Back at the surface it was lunch time. Once again amazing what the crew cooked (and barbecued) with the most basic equipment. Grilled fish and pork adobo, yes please! 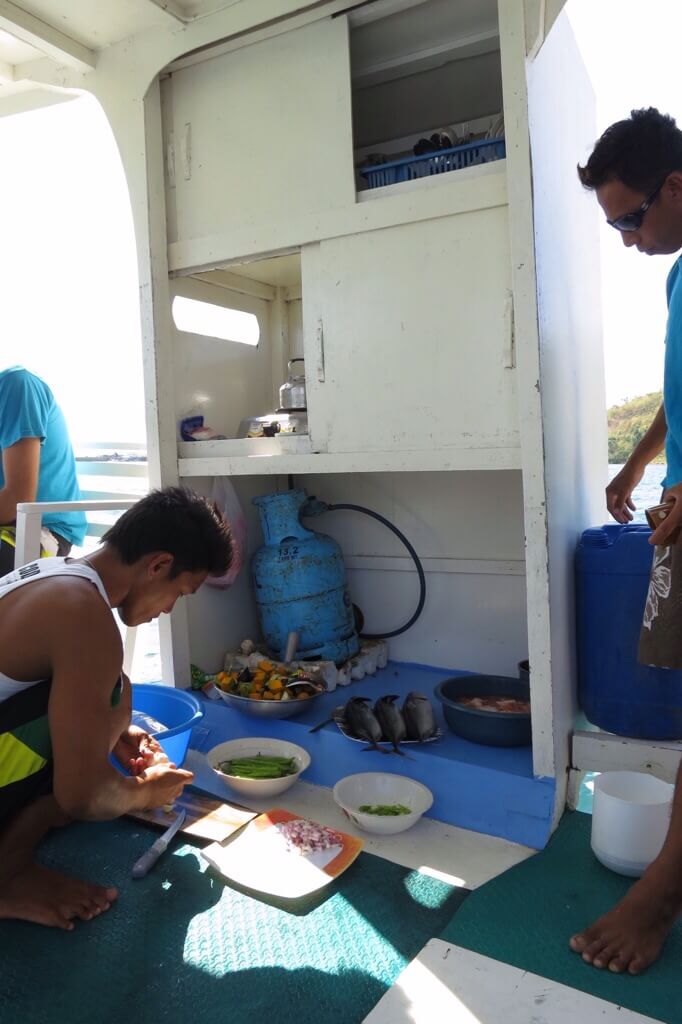 Our next dive site was a Japanese freighter, sitting in its cold grave since September 1944, when a US air raid ended its surface life (same as all the other wrecks in the area).

This time we swam inside the wreck as well, which was a little intimidating at first but pretty awesome after that. 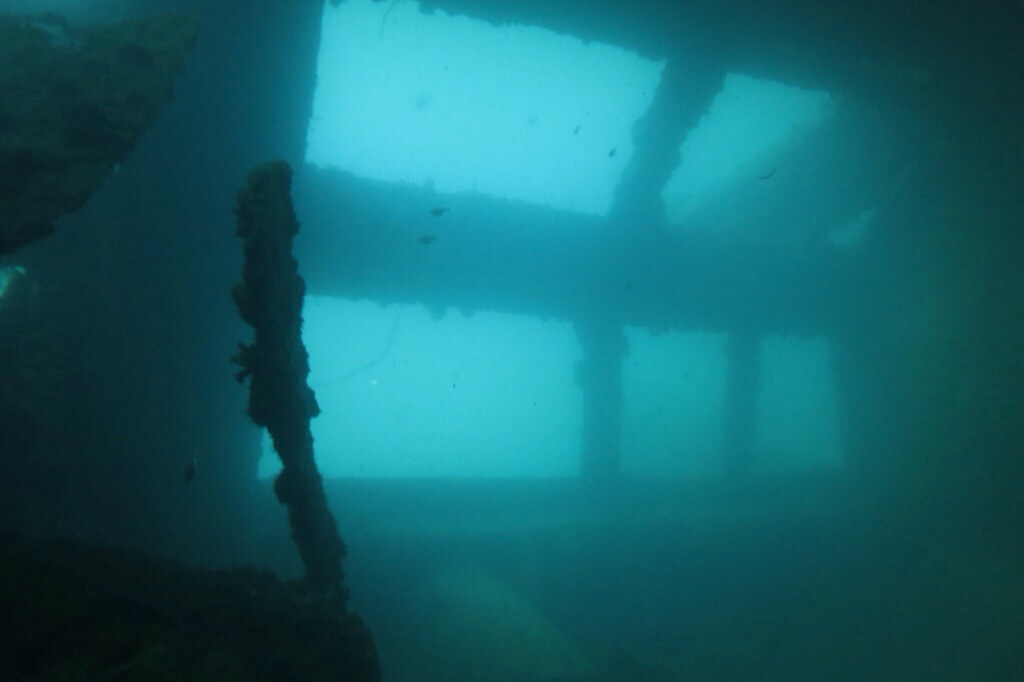 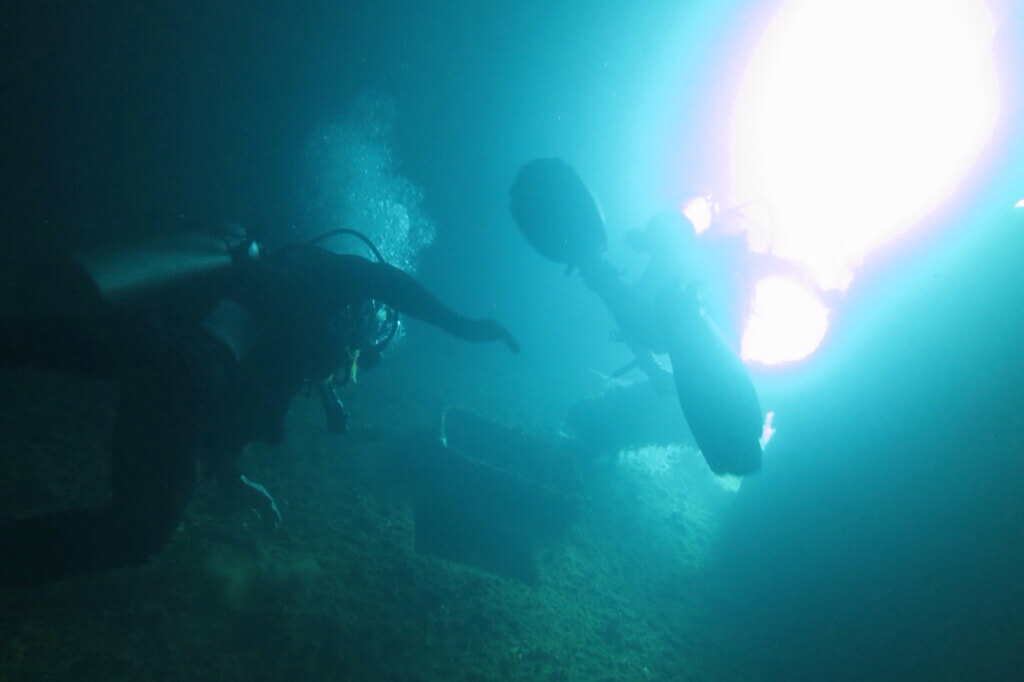 The wildlife on the wreck was stunning as well. At times it was hard to see the wreck behind all the fish. 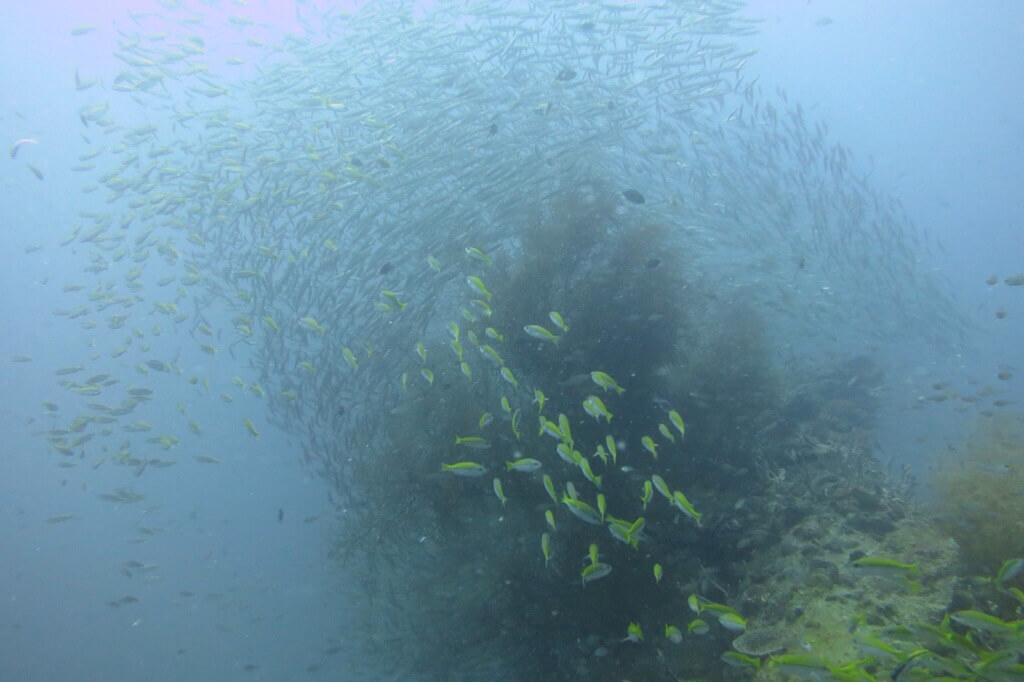 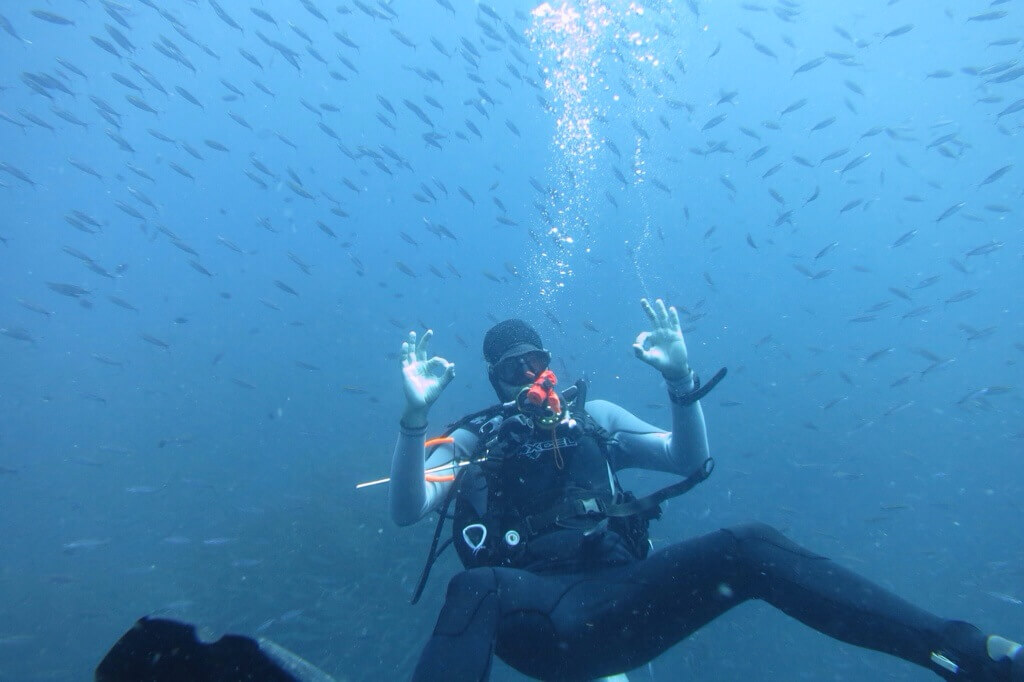 That’s my guide in the last picture. Nice and cheerful fellow.

Most others went for a third dive (reef) but I felt really exhausted and opted for a stay on the boat.

And then it was already time to go home. 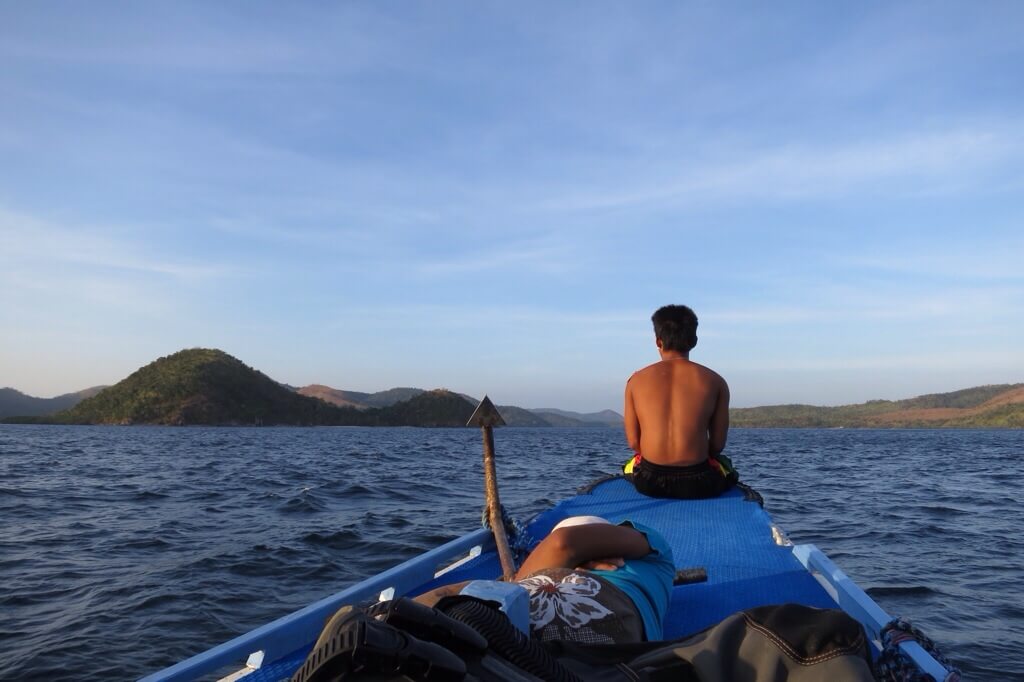 Taking a day off today, recharge the batteries and get some rest (on the massage bench).

One thought on “Wreck Diving”