It is surprising how many people get up in the middle of the night to climb a volcano. My friend and I were two of them. After a 2:00am pick up, we were delivered to the bottom of Mount Batur at 4:00 sharp.

With two hours to go until sunrise, we set out on the climb up to the 1,700m peak. It was a reasonably easy hike with a 700m ascend stretched over almost 2h of walking. As aforementioned, there were a lot of people on that mountain. The narrow path resembled the streets of Ubub: jam packed and stop-and-go all the time.

The crowd grew thinner over time and the bulk of people remained at a station some 200m below the peak. We didn’t come all the way to almost climb up a volcano though and went on to stumble up a slope of rubble and volcanic ash.

It was getting light by the time we reached the top and the sun was about to rise behind the peak of Mount Agung. 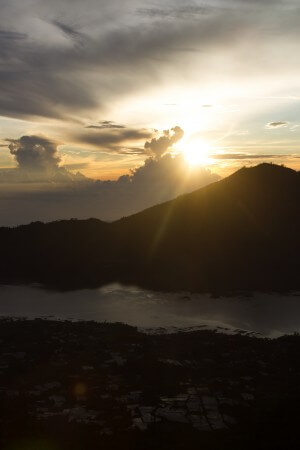 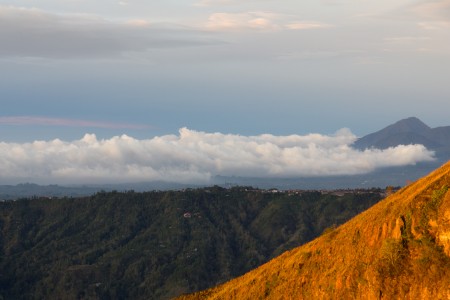 One thought on “Volcanic Sunrise”