After leaving the farm I made a stop in Canberra, Australia’s capital. The city is somewhat weird. For a capital it is unusually calm and wide. It probably is the only capital in the world that doesn’t have an international airport.

I wanted to see the parliament house and was pleasantly surprised when I didn’t have to pay parking or entry fees and was offered a free guided tour. It almost seems like they are saying “Would you come and visit us, please? Pretty pleeeeease?”. 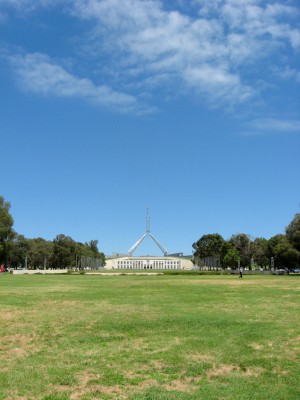 The parliament house is architectural interesting and offers nice rooftop views over Canberra and the surrounding area.

I left the city in the early afternoon and headed for the Snowy Mountains (or Snowies) where I want to visit Mount Kosciuszko tomorrow. With 2228m it’s the highest mountain of the Australian mainland. I’m not sure yet if I’ll stay there over night, might be a bit chilly.

For now I enjoy the ride down Monaro Hwy. The scenery is breathtaking and the radio plays Pink Floyd. 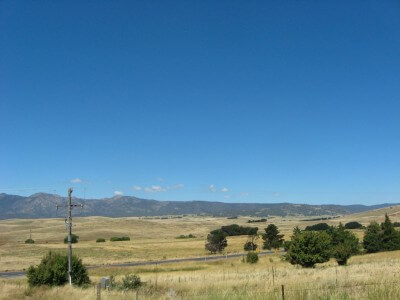