5:00 am, my alarm pulls me out of sleep with gentle melodies. Too early, no way I’m getting out of bed just to see the sun rise! Torn, I rest for another minute or two. Then my roomate’s alarm makes a noise you could hear aboard a nuclear submarine during critical reactor failure. Alright, I’m awake now!

We grab our gear, put on a jumper and head across the road to hire ebikes. This time I take one that actually has working brakes and a headlight worth talking about.

Our destination is the “sunset pagoda” I tried first yesterday and which is said to be much quieter during the early hours. The ride is a bit chilly, despite the jumper. By now it has started to grow light and the silhouettes of temples and pagodas stand out in front of the colourful sky. 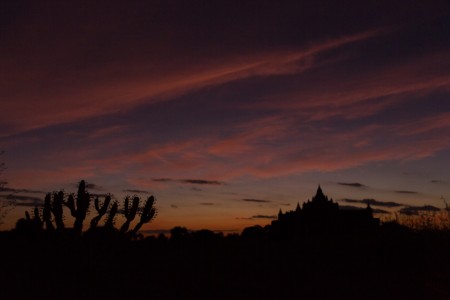 The Pyathada pagoda is indeed much more quiet now, hardly two dozen people climb around on the massive structure. The sky in the west is now bright and colourful. 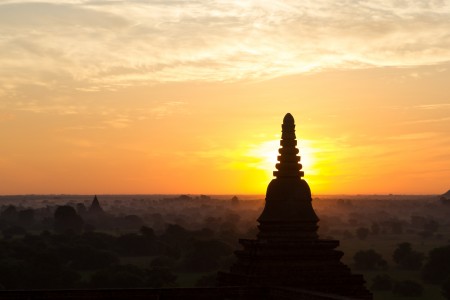 In the north, preparations are being undertaken for one of the region’s most touristy activities: balloon flights. Once the sun has climbed over the horizon, there is about twenty of them in the air. Some fly high, others so low they almost touch the taller pagodas. 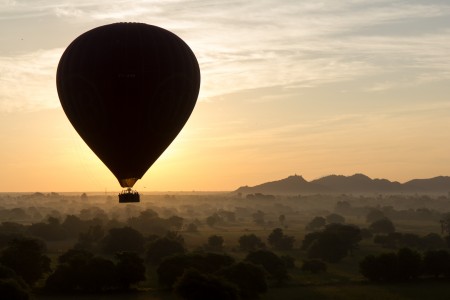 After the spectacle I explore the neighbourhood a little more but once it gets warmer, I head back to the hostel for another hour or two of sleep. Really cool experience though, have to thank that guy with the reactor failure alarm for getting me out of bed.

Will head out again when the mid-day heat has subsided. 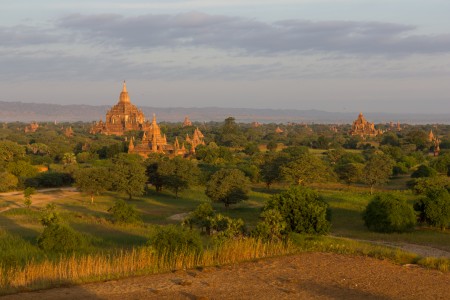 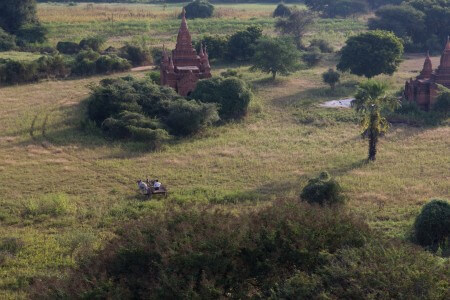