German Premier League started this weekend and Bremen had a home game on Saturday. I wanted to see the match, preferably in the standing room where you can find the biggest fans/idiots and thus the best atmosphere. Unfortunately tickets for that area were sold out but usually there’s some for sale in front of the stadium. 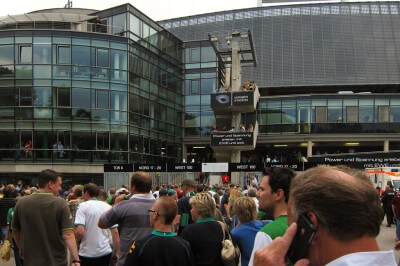 Bremen changed its ticketing system this year and holders of a season ticket no longer get a bunch of paper tickets but a chip card instead. That makes it much harder to sell tickets for single games and I could see the impact on the black market. Only few tickets were available and those few had an asking price of EUR 30 (regular price: EUR 13).

No way I’m paying that money so I went for a seat instead. Those tickets weren’t sold out but I got a better deal outside the stadium. One of the dealers (all of them happen to have a migration background) had trouble getting rid of a ticket and I utilised my Asia-grown bargain experience for a nice discount. 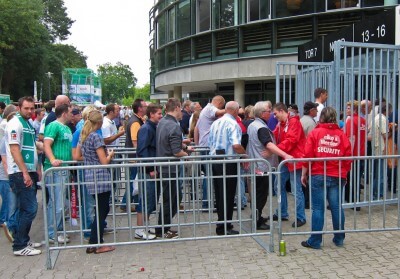 Getting thoroughly searched by security felt a bit strange after a year in Australia. Soccer just is a different thing than rugby and you can see and hear it in the stadium as well. It’s half the size but twice the atmosphere. 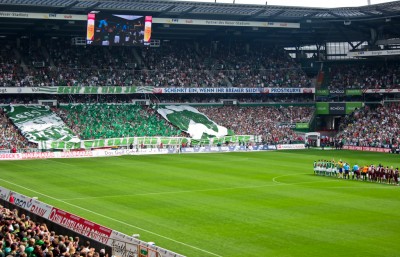 Bremen managed to score a 2:0 victory – not beautiful but sufficient. The public order squad was relaxed after the game and so was the crowd. It’ll be a different thing when Hamburg comes to visit in September but by then I’ll be back in SEA. 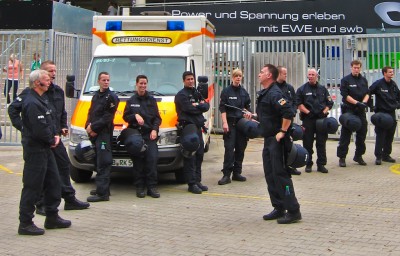