The Thai tourism industry is at a weak point at the moment. The devastating Tsunami in 2004, the political unrest in 2010 and ongoing bombings in the deep south scared a lot of people away. Yet those are not really strong reasons to avoid Thailand. Tsunamis hit other countries as well, the protests are long over and staying clear of the unrest in the south is easy enough.

That being said, Thailand is still a developing country. Even though it’s probably the most evolved and tourist-friendly country in the region, it is still far from the standards of western countries. 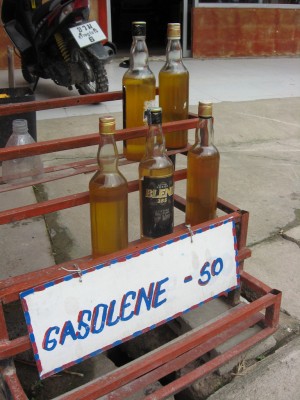 Earlier this year six tourists died within two weeks at a Chiang Mai hotel, all under circumstances that suggest some form of poising as the cause of death. Research initiated by relatives of a New Zealand victim indicated that chemicals used to fight bed bugs were to blame. These chemicals are illegal in most western countries.

Official investigations however did not find any evidence that would render the hotel owners responsible. Rumours have it that the persons responsible are way too high in status and making them loose their face because of some dead tourists is just unthinkable.

Other tourists die of electrocution in the shower. The heaters are usually mounted inside the shower and an electric malfunction thus has fatal consequences. Lucky the backpackers who can’t afford places with hot showers.

There is a website listing tragedies like that but they are a bit biased as the site is run by the aforementioned relatives of the Chiang Mai victim.

So stay away from Thailand and other Asian countries? I wouldn’t say so. While travelling in these countries requires much more caution and common sense, they are not the wild west where people get gunned down in the streets (that’s the domain of other countries). 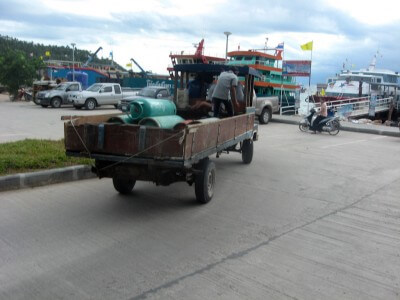 Here on Koh Tao the number one cause of death for tourists is probably the self-inflicted motorcycle accident. And when you see drunk English in the streets you can’t imagine food poisoning being a threat. If you think drunk Pommy, think retarded monkey.

Is Thailand a more dangerous country than western countries? Maybe, I don’t have any numbers on that. You can certainly die from a very unnatural cause in this country but the same can happen in all the western world where shitheads go on killing sprees and murder dozens of people. And Al-Quaida doesn’t have any interest in Thailand.

There are countries I don’t want to set foot in but Thailand and Cambodia are not among them. I wouldn’t be here if I felt unsafe.