Still no news on the job front. The agency apparently had a bit of trouble and I had to call them twice to get things going. By now all my referees have replied to them and hopefully they’ll provide some feedback to the company early next week.

Can’t stand this waiting around without anything to do. The job is so attractive that I’m not seriously interested in applying for other offers and thus there’s not much to do other than wait. I utilized the time to build my social network in town – going out for drinks in other words – and came across some interesting people.

I was asked how the different SEA countries compare for me and here is the rating.

The first major pro is the food. It is readily available everywhere, delicious, usually of good quality and very affordable. So is everything in the country. Despite Thailand being the most developed nation in the region, it is the cheapest one to travel in. Travelling is also very easy as decades of tourists have paved the way and knowledge of the English language is wide-spread although not very sound.

The touristy touch is also a downside as it can be difficult to get what is called an authentic experience. I do believe though that it is still possible and travels in regions like Isaan can still lead far enough off the beaten track to be adventurous. These regions and the authentic experience they promise are one of the reasons why I keep learning Thai. 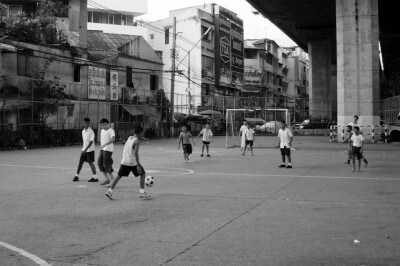 The cultures, cuisines and languages of Thailand and Laos are very similar and put Laos far up my list. It gets more points for being extremely laid-back and adventurously undeveloped. As reported, it is easy enough to go to places where few tourists go and I’m sure it would be possible to not see another westerner for weeks if one was eager to do that.

It’s development status also brings negative points into the equation. Safety standards are poor and if the steering on that bus to Luang Prabang had broken at another part of the mountain road…

In addition Laos has few domestic tourists and every price tag is adjusted for western wallets. Especially in regards to accommodation, the value for money is pretty low. 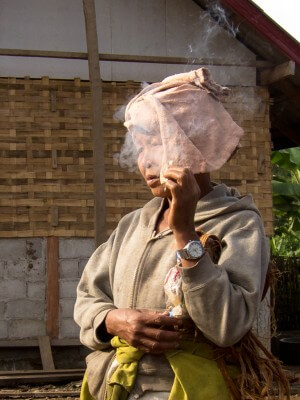 Scammer’s paradise is a close third behind Laos and had I seen more of the country, it might have ended up farther up the ladder. Basically for me the country simply has less to offer than Thailand and Laos but feels nicer than every country lower on the list.

The best thing about the country might just be the temples of Angkor. It certainly is not the food and for me that can pretty much disqualify a country. Honestly, the best food in Cambodia I had at various Indian places.

For some reason I never felt totally at easy in the country. There was always a bit of tension in me, especially in Phnom Penh. In the busiest areas groups of police are on every other corner, one of them usually carrying some form of heavy artillery. And these guys are so dodgy, they probably wouldn’t even get a driver’s license in Europe – here they get to handle assault rifles.

Now police are corrupt to the bone in every country around, but only in Cambodia have I seen them operate so openly, dragging people from their motorcycles and holding them in custody until a bribe was paid. 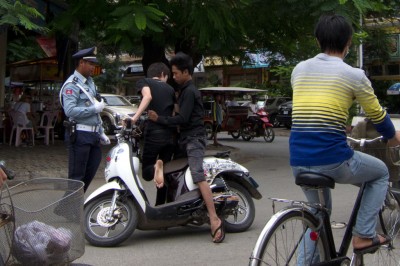