Once a Bedouin fishing village, the small town of Dahab is now firm in the grip of tourism. The main bay’s waterfront is lined with restaurant after restaurant, with the occasional café thrown in. The other side of the road is just as densely packed with shops and tour agents. 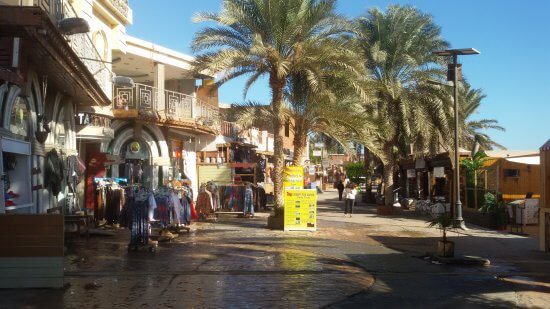 With Egypt’s tourism crippled anyway and low season on top of that, most of the places are deserted. A restaurant that could seat 100 is now serving a guest or two. Eager (or desperate) owners stand in front of their premises and chat up any foreigner walking past. I avoid that part of town as best I can. Tried the food once but it wasn’t particularly good.

As is common with towns like this, the income of the average local and the holiday wallet of the average tourist are light-years apart. Hence few locals populate the waterfront, those speaking Arabic there are either the shop owners or tourists from Cairo. 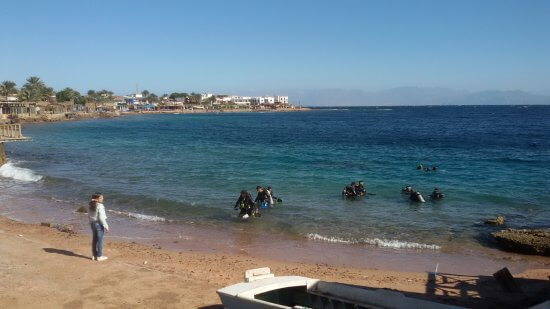 It takes about five minutes of walking inland to find restaurants that don’t advertise in English and where a plate of falafel, bread and dip costs the equivalent of €0.75. Arab coffee is €0.30. That is not to say that the touristy part of Dahab is expensive. €6-7 for a dinner is still very very affordable. But it should give an idea of what discrepancies are in place. 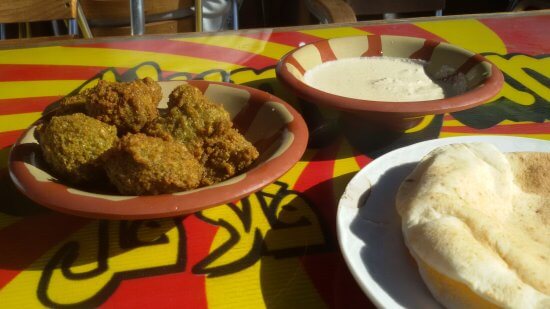 Me, being the traveller turned nomad turned tourist I am, I’m jumping between the two worlds. On a morning of diving I’m spending the equivalent of a monthly salary around here, in the afternoon I go as local as I can.

When it comes to the atmosphere here… I’m not convinced. Of course the touristy part is highly annoying, but it has bothered me less in places like Pokhara or Coron, which also have strong tourism, but aren’t as shaped by it. I also find the local culture more difficult to dive into. It’s a highly male-dominant one and a pretty loud one as well. Asia, even in a strongly male-dominant country like Nepal, still felt more equal, more balanced.

Now that shouldn’t sound too negative. Even though Dahab is unlikely to become my favourite place on earth, it still has a lot to offer. It is easily (and affordably) reachable from Berlin, the weather is pleasant, even in winter, the diving is pristine and the seafood outstanding. 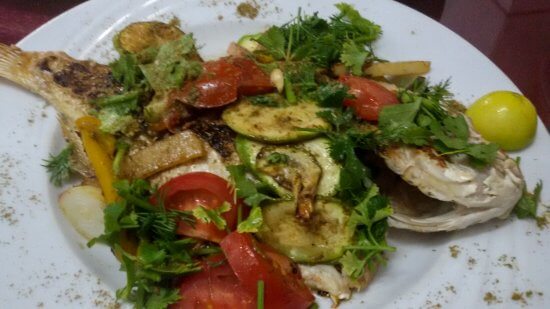