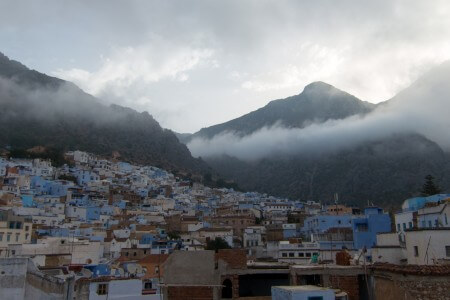 Time to lace the boots and get some dirt on them. Heading out of the old town I followed the familiar track up the hills, past the Spanish mosque and onwards into steeper terrain. 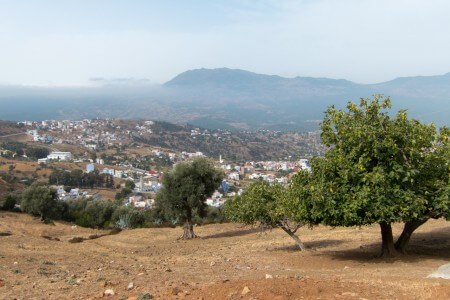 Coming my way were a couple of older women, heading for the market in town to sell their goods. The path winded through the countryside and then opened up to a dirt road.

About an hour total into the adventure, the road met a mountainside and the directions I received told me to head up a goat path. I was happy to be wearing proper boots as the gravel and open soil made for a slippery surface. 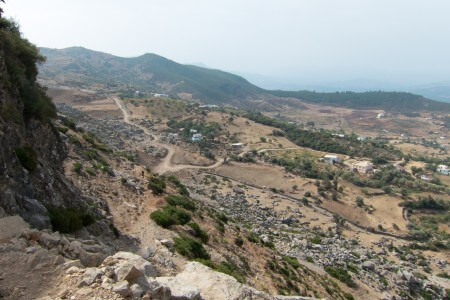 Once the town was out of sight, the vegetation changed. Areas left and right of the path were covered by Marijuana plantations. I’ve never seen that much weed in my life. 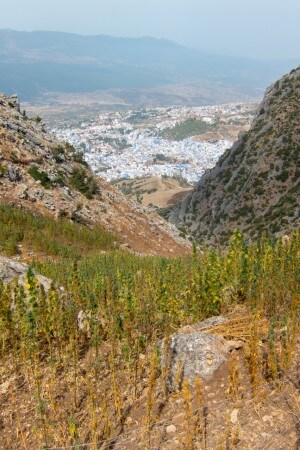 Up there I was the only foreigner and even locals were sparse as well. The occasional goat herder or ganja farmer greeted me friendly and went their way. 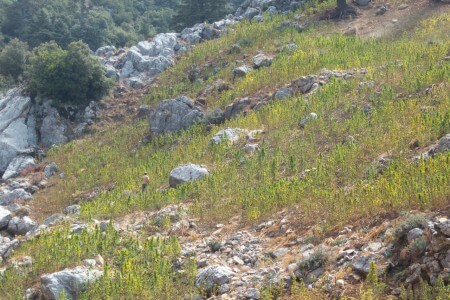 The hike got more and more challenging as the walkway really wasn’t more than a goat path and the surface was very rough. Past noon and 2.5 hours into the trip I decided to call it a day. Still had the same way to return.

Going downhill took less energy but demanded full focus. Two or three times I had a look around while walking and promptly started sliding off the path. 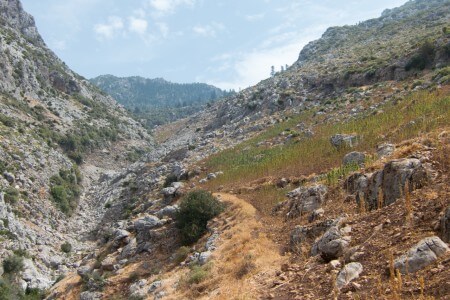 Nice little adventure and if my muscles and knees aren’t too sore, I’ll head out again tomorrow.