Southeast Asia is a dangerous place. Lots of people, including visitors, get killed in traffic accidents. That’s not really on peoples’ minds though and when westerners are going to any country in the region, they are usually more afraid of Malaria.

Palestine is probably a much safer place, especially for visitors. The Israeli occupation kills countless people each year, but the violence of the soldiers and settlers targets Arabs and not foreigners. Also what is seen on the news these days are, in the end, isolated incidents. And the main reason it’s on the news is because some of the victims are Israeli and not, as per usual, exclusively Palestinian.

Daily life isn’t much affected it seems and the general public goes on about it as per usual. Still, the clashes are present and last night I could hear the distant bang of stun grenades and the wind was blowing over whiffs of tear gas. All that makes for a somewhat uncomfortable situation but not one where I see my health or safety in danger. Which is why I decided to come and am still staying. 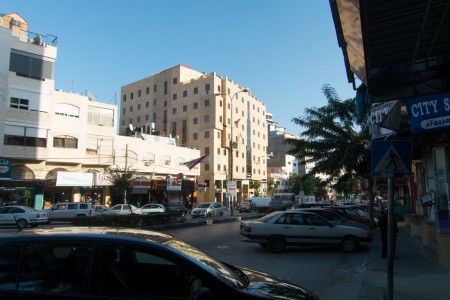 Yesterday afternoon I was given my schedule and it is a busy one. I’ll be teaching/tutoring four days a week and get some Arabic lessons as well. I don’t have any experience with teaching but am assured that it won’t be necessary, as the classes are about conversation, with the students being keen to practise their English.

In the early afternoon my day at the centre was finished and I followed another volunteer’s invitation for a little tour around the city. The teaching centre is located on one of the main streets, Ein Sara, and walking down that one takes one right into the business centre of the city. 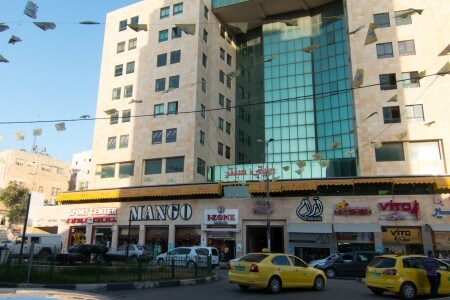 Walking past the busiest part of Hebron and getting closer to the old city, the atmosphere changes. Everything is a little dirtier and often in dire need of renovation. Israel forbids Palestinians to renovate any building that is within 100 metres of any settlement or military installation. Which is probably as arbitrary as it sounds. 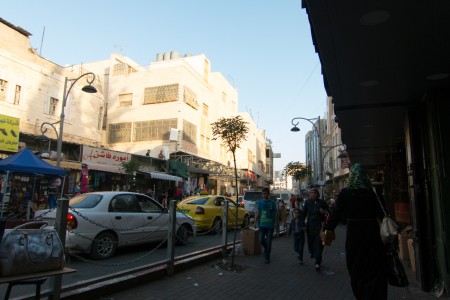 Seeing stuff like that reminded me of how I felt during my last visit. It’s such a sick situation. People in Germany think the situation is complicated. It’s not. If somebody comes to your house, occupies it and tells you to get lost while throwing fecies at you, that’s wrong. Plain and simple, nothing complicated about that.

The old city seemed more deserted this time than in June. We were a group of three foreigners and several kids where shouting “Israeli spies!” at us in Arabic. Not the nicest experience ever and also one of the reasons why the teaching centre is currently accommodating its volunteers in the calm northern part of the city, as opposed to at a guest house in the old city. 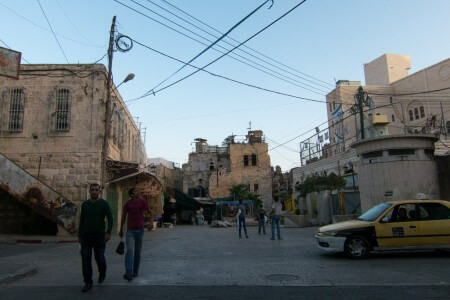 Everywhere else in the city, people are very friendly and welcoming. I was treated to some free falafel by a restaurant owner and many people just talked to me, asking where I’m from and what I’m doing in Hebron.

One thought on “Around the City”