In the movie Matrix, the protagonist is offered a choice of two pills. Blue will make him forget all he uncovered, while red will show him the world as it really is.

That analogy was given by the hostel owner when I told him how my pre-defined image of Palestine was shaken up by reality. Or as he put it: he doesn’t know any other place on earth were portrayed image and reality go as far apart as in Palestine.

When one searches for Ramallah on google images, one finds (among other) endless pictures of riots and violence. Yet the city hasn’t seen that for about a decade and is today more organised and (in my opinion) safer than for example Chiang Mai in northern Thailand.

That doesn’t hold true for all Palestinian cities though. One that sees regular clashes between locals and Israeli army is Hebron. It is also said to be a prime example of the occupation in real life.  Together with fellow traveller Ryoji from Japan I set out on the 2h drive south to have a look. 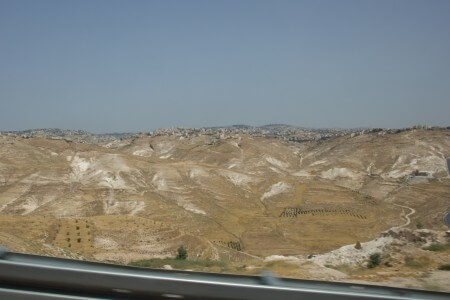 On arrival we met with local Shadi, who was recommended to us as a tour guide. He first brought us to his house for tea and coffee and shared some initial stories about his daily life. It is a rather tumultuous one, as he lives next door to an Israeli settlement. And when I say “next door” I mean his rear window shutters have been welded shut for separation.

Next item on the itinerary was the “Ghost Town”. It is the area between the settlement and the Palestinian neighbourhood. In order to create a buffer zone between them, all shops in the area have been closed down by soldiers. 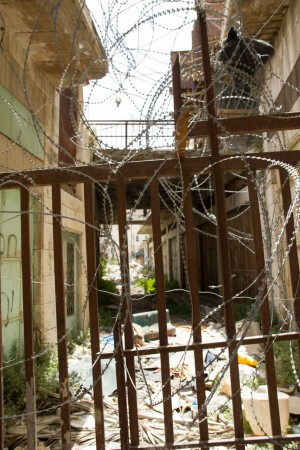 We continued our way to the Cave of the Patriarchs and in the process had to clear several checkpoints (think metal detectors and heavily armed soldiers). Shadi had to present phone, wallet, belt and any other metallic item each time. Half the way he was busy re-doing his belt. 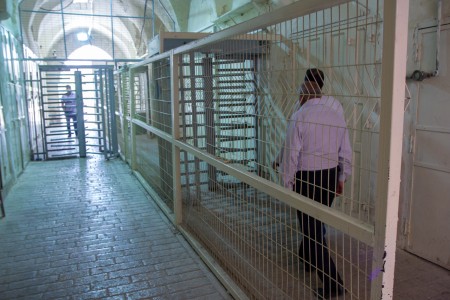 The cave itself is considered a holy site of major importance. Details on wikipedia or from whoever your religious go-to guy is.

On the way back we came through a couple more ghostly streets, all of them guarded by soldiers. Have you ever had to present your passport to cross an inner-city road?

Back at Shadi’s house we met part of his family (wife and four kids) and sat down for more coffee and tea. During the walk he had told us stories about his arrest (three years in prison for showing the Palestinian flag) and conflicts with the neighbouring settlers. From what he told us, he had to pretty much seal his house shut to prevent the settlers from throwing in garbage, bottles and fireworks.

He did have a lot of video footage to support his stories. I don’t know what he himself might have done that is not documented. I also haven’t heard any stories from any of the settlers. Hence my information is clearly one-sided.

Regardless of that: What’s going on in that city is just plain wrong. And not just because the settlements are in violation of international law (details). 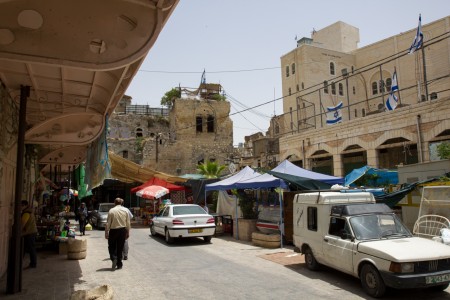 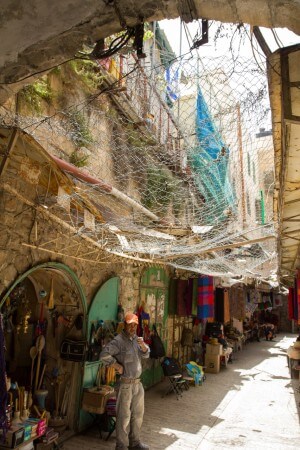