Today a friend said something interesting: “Everyone’s New Year’s resolutions are about themselves”. Which is true, resolutions like “I’ll help the elderly in my community more often” aren’t heard that often.

The holiday season is liked by many for its merry atmosphere and the spirit of caring about others. Countless charities profit from that with advertisements showing sad street kids with tears in their eyes. Would be fun if these posters also showed the bureaucrats and corrupt officials that actually receive most of the donated money.

While it is certainly admirable and note-worthy that donations always go up during christmas season, it is even so sadder that the exploitation of the poor also reaches its peak during that time.

People buy heaps of products that were manufactured in countries they couldn’t even locate on a map. H&M shirt from Bangladesh anyone? That new iphone, tablet, notebook, flatscreen tv, etc. was most likely assembled in a sweatshop factory somewhere in China. These places are so bad, they have to put nets in front of the windows to keep people from jumping to their death because that’s their only way out of those factories (background info). Was suicide an issue among slaves in the US? Seems life was better on a Mississippi cotton farm than it is on an iphone assembly line.

Africa still gets its fair share of misery though. The minerals needed for the production of modern electronic devices are mined predominantly in “conflict zones”. Dug out of the ground by children with their bare hands on 48h shifts (background info). Quite an improvement actually – one doesn’t have to import slaves any more, one can have them work to their deaths in their own countries. Got to love globalisation.

Fortunately it is not like these regions are left to their own affairs. Germany is actively involved in most conflicts on the planet, thanks to being the world’s third biggest arms exporter (peak year was 2007 with 3.2 billion dollars). When asking Germans about that issue, most don’t know and most others don’t care. What’s a couple of dead negros when there are German jobs at stake?

The “Basic Law for the Federal Republic of Germany” is quite clear on “actions that are aimed at disturbing the peaceful coexistence of nations” and how they are to be punished. Nobody really seems to care though.

Still, it is not like Germans are unconcerned with the fate of those suffering from what they have exported. Whenever there is a new refugee home to be opened, local communities spring from their lethargy to do everything in their might to prevent that from happening. Wouldn’t want these foreign people anywhere near us, they are just going to rape and steal.

As every year, the season (and the year) in Germany ended with massive fireworks. 118 million Euro were spent on it this year. Bought within three days, blown to pieces within two hours. UNICEF received a total of 93 million in donations over the course of the whole year by the same population.

Probably needless to say that most of the fireworks were produced in China and other countries we so happily exploit. 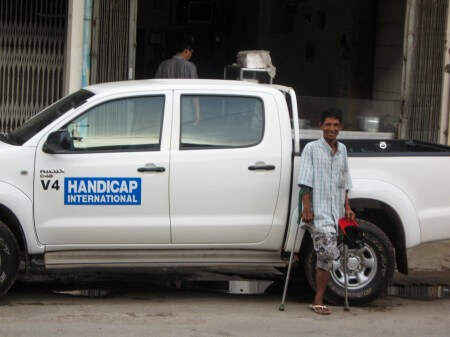