It’s been a while now since Deutsche Bahn’s monopoly on long distance transport was chopped down and the emerging bus market has shaken things up considerably. Bus operators are massively undercutting the train fares and are often charging around a quarter of what a regular train ticket costs.

With my train discount card expired (no need to renew it for a year if I’m leaving in two months) I decided to give the cheap bus option a try for a short trip to Karlsruhe.

Thanks to a massive train strike, the bus was booked out and I expected the worst (having experienced “booked out” in Asia). Yet despite the rush, everybody behaved and the driver kept his calm (and authority). 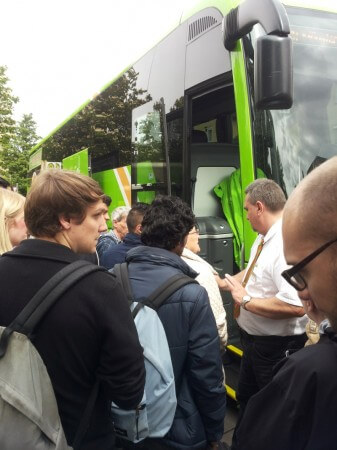 Boarding took a while with only one door in use but the bus had a planned stopover time of 15 minutes. Hence no issues there. What was a bit of an issue for me were the seats. They are SMALL. Everybody over 1,90m: forget getting comfortable, the headrest was my shoulder rest.

Travel times are a bit longer on the buses as they don’t quite reach the 200km/h+ speeds that the long distance trains in Germany commonly clock in.

All-in-all an ok way to travel.

Should be interesting to see how the market develops. In Southeast Asia, where buses are the most common form of travelling, the range of offers is considerably wider. Comfortable 18 seater buses? Overnight travel? Buses that behave like an airplane? 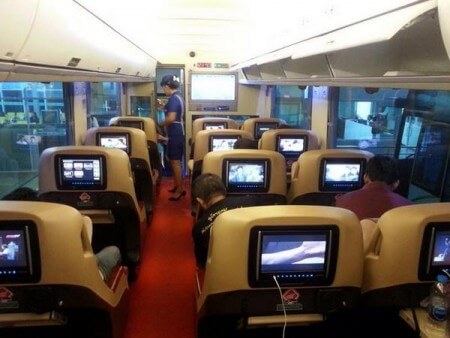 Let’s hope bus travel in Germany doesn’t become the near-death experience it is in Thailand & Co.