Having travelled some 200,000km in the air, it does take something to surprise me aboard an airplane. Norwegian did just that last Friday, when they delivered free and working wifi at cruising altitude. It’s not like they allow video streaming or anything else that would require bandwidth, but it works nicely for a chat above the clouds.

Pre-flight, security in Hamburg had taken ridiculousness to another level. I was taken aside for a pat-down after not having taken off my money belt in that new scanner thing. The drone in charge lectured me on having to remove all and any items before using the scanner and then took said money-belt, my boots and my regular belt to send them through the x-ray. Completely ignoring the pendant dangling from my neck.

And why do I have to put my fluids into a separate bag when nobody cares about the toothpaste and the lens cleaner I forgot in my luggage? Well it’s not like these checks add anything to airtravel safety… [link]

The exit row safety briefing on the airplane was considerably more fun. The flight attendant asked whether I’d gotten the briefing before and then, instead of rattling it down herself for the millionth time, prompted me to deliver it instead. I got a “very good!” for my recital 🙂

The final minutes of the short flight showed the sunlit, green surroundings of the Norwegian capital. The tranquillity of that sight was in stark contrast to the frantic rush to the duty-free shop that started as soon as the cabin door opened.

I’ve never seen a duty-free shop so busy. But looking at the prices for alcohol in the country, it makes perfect sense. I loaded up on guest-presents and headed for the train that connects the airport to the central station of Oslo. Everybody was talking to me in Norwegian, I think I might have looked like a local. 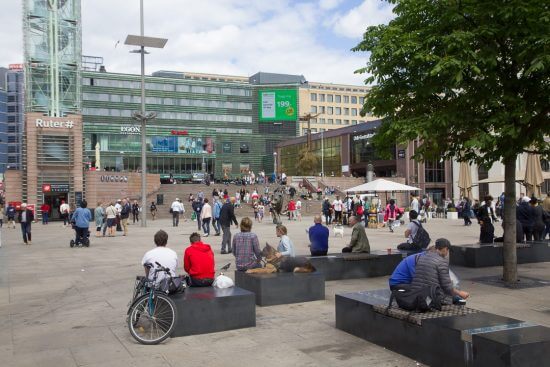 At Oslo Sentral, I met up with my friend from Ramallah. It’s been a year, can you believe it?

The sky was blue and the weather warm – perfect conditions for a stroll through Norway’s capital. I got the impression that people here have a thing for boats. 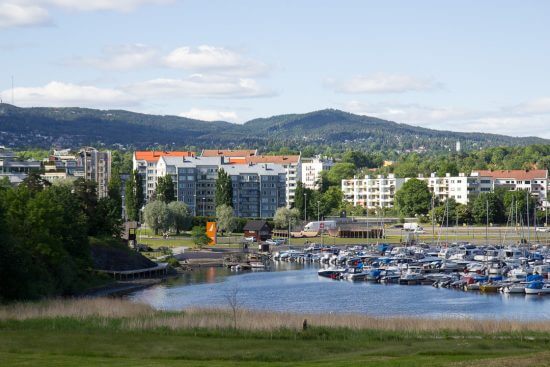 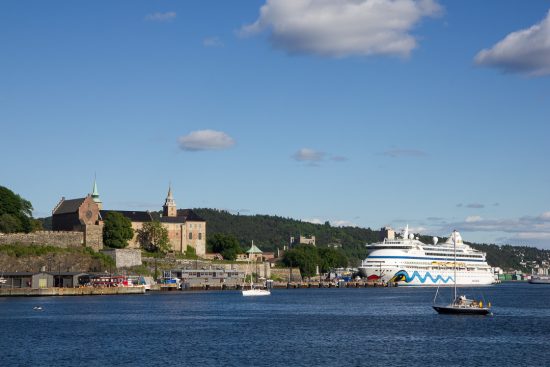 Came dinner time, we crossed the east-west divide of the city. It’s not an actually visible divide, more an implied line, to the east of which there might be dragons. Or people with Arab head dresses, apparently all the same to many an Oslotian (is that the proper term?). It seems to be common for people to never set foot in that part of the city in fear of who-knows-what. Looked alright to me and the food was good.

An after-dinner drink was cut short by a fire alarm, but it’s not like they only have one watering hole in town. 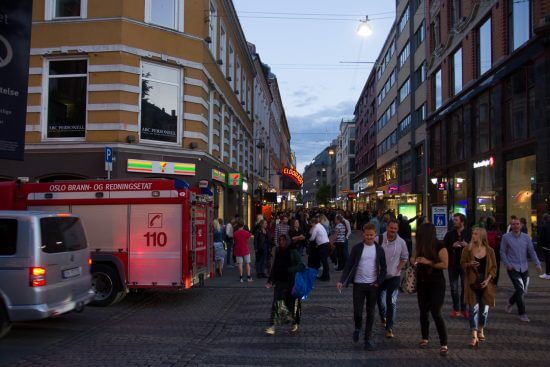 By the way: that northern summer takes some getting used to. Twilight at 23:30? Thoroughly confused my brain. 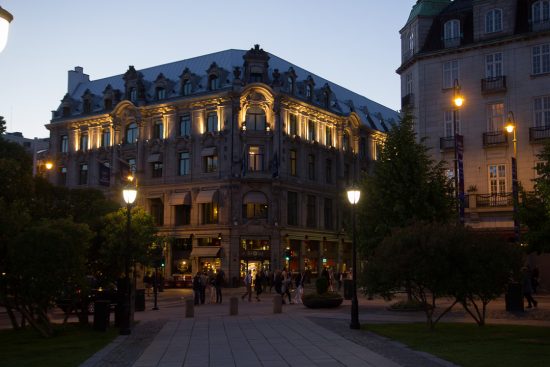