The old lady horks forcefully and then spits a ball of phlegm unerringly into the gutter a few steps away. It is one of the many sights and sounds I had to get used to in Nepal, the country of mountains and endless dust.

Life in Nepal is not comfortable, it is a developing country. And even among those, it ranks low. Electricity is only available for a few hours each day, and mains water supply comes once a week for half an hour. My guest family’s house has a 5000 litre tank underground and a 1000 litre tank on the rooftop. The latter of those supplies every single tap in the house and needs to be refilled daily. Of course the pump only works when there is electricity.

Leaving creature comforts like power and potable water aside, what also takes a lot of getting used to is the local standard of hygiene and cleanliness. Or the lack thereof. Anybody who is bothered by the smell of open gutters or burning garbage (a nightly ritual) should reconsider a stay in a developing country. 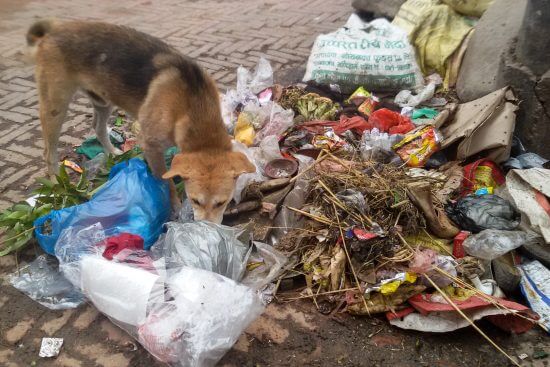 While poverty puts people through many a hardship, it also has effects that could be considered benefitial. My parents’ generation sometimes mentions how in their early days, kids used to go out and play with their friends in the street, instead of staring into a screen all day. Playing in the streets is what kids in Nepal still do. Lacking a TV (and power to run it) – what else can they do?

It is not only the young generation that is less pestered by electronics and the media. For the older generation it is also common to get together in communal areas, either for a chat or for a game of cards.

The whole sense of community is so much stronger in Nepal than it is in western countries. It goes so far that a Nepali is hardly ever seen doing something by him or herself. The upside of that is that there is always somebody to rely on, somebody to help out. The downside is that for young people it’s very difficult to do something out of the ordinary, something their environment doesn’t approve of. 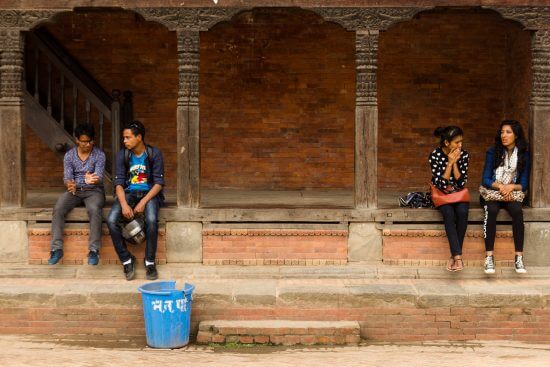 In the book of things I had to get used to in Nepal, physical touch between guys deserves its own chapter. When somebody at work comes to sit next to me for a discussion, it’s very common that they’ll put an arm around my shoulders or a hand on my knee. Unthinkable in my latently homophobic home country.

When walking around the streets in Nepal, I have a lot of interactions with locals. The shortest and most common are those with small kids. They shout “Hello!” and “Bye!” and I reply likewise each time.

The older the kids get, the longer the chats get. After the initial “Hi”, they usually go straight to where I’m from. Being the joker that I am, I often point over my shoulder, saying “there”. That didn’t fool them for long though, “Which country?” they follow up. 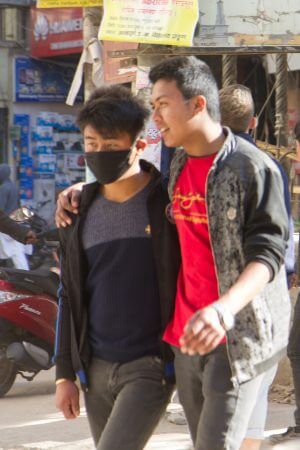 As soon as I say Germany, the conversation goes straight to soccer. Which probably is a cool thing for anybody keen on that topic. As I know barely more than my favourite team’s name and where to buy tickets for the stadium, the chat usually doesn’t delve deep. Still, always a nice experience to interact with locals who don’t want to get money out of me.

The “conversations” I could really do without are those with taxi drivers, unlicensed guides and tourist shop owners. These pests are the true untouchables, ranking somewhere between a lawyer and a pedophile. Fortunately they lack persistence in this country and simply ignoring them solves the matter – but still, put me through too many of them and it’s sure to spoil my mood. 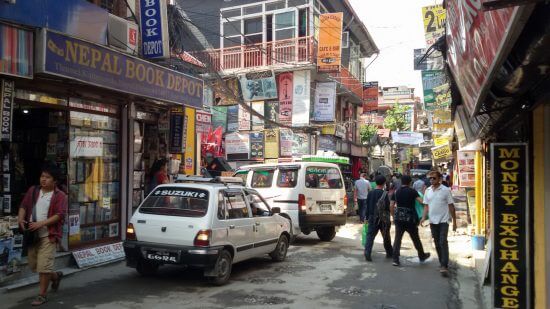 Nepal, sitting smack on the border of the Indian and Eurasian plate, is one of the most earthquake-prone places on the planet. The country didn’t have earthquakes for a decade until the big one in 2015 hit. These days, small quakes come every 2-3 weeks and, if they occur during daytime, people still go outside their houses for a while.

As depicted previously in several posts, the destruction here in Bhaktapur can still be seen on every corner. At one point I realised that it doesn’t really bother me. It just is the way it is, it doesn’t strike me as something depressing or sad. Maybe I want a certain degree of chaos or disorder in my life. The sterile cleanliness of Germany certainly didn’t convince me so far.

Something I love and will surely miss in the western world, is the liveliness in the streets. There is always something going on, something to see. In the city here, most ground floors are occupied by some business. Be it a tailor, a small general store, a carpenter, anything. 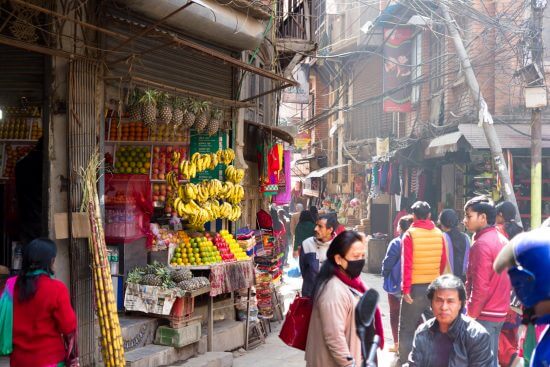 Even if it’s not a shop, there will most likely somebody be sitting there, knitting or preparing groceries for dinner. The endless rows of anonymous and cold residential houses so common in the western world – they don’t exist here.

Nepal, the developing part of the world in general, it certainly isn’t for everybody. I was surprised by how much I like it, how comfortable I feel here. Surprised because Nepal is similar in many ways to other developing countries in the region, which didn’t enchant me as deeply. Thailand for example: Both sport a friendly population and the latter even has better food and crystal clear water for diving. What it is that makes me feel so at home in Nepal, I haven’t managed to figure it out.

As they say around here: Ke garne – what to do! 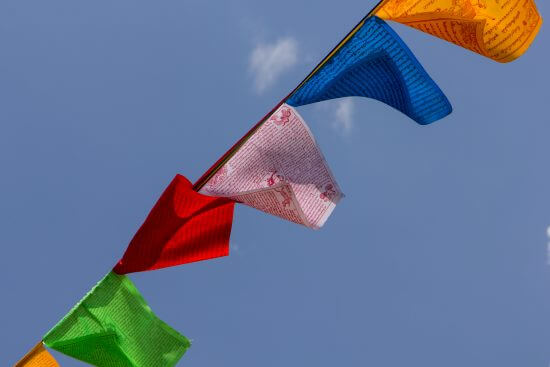